Zelnorm Canada: Lucky to be Alive

"Thank God I didn't have enough money to take Zelnorm every day because I don't think I would be alive now," says Jacquie M, age 45. "I told my doctor I was really mad because health care should be for everyone, not just for those who can afford it. But it turned out to be a blessing in disguise."

"I had a pre-existing heart condition and had open heart surgery in 2003 but I was on the mend, and I have the test results to prove it," she says. "But a year later I was diagnosed with irritable bowel syndrome so my doctor prescribed Zelnorm. It worked, it was great, but I couldn't afford to take it constantly for months at a time so I would buy one month's worth then go without it for awhile. 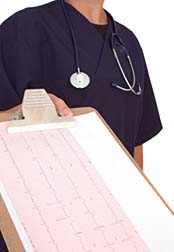 I was feeling better from my surgery so I was becoming more active and I was going to take an insurance investment course, but I felt really run down, my legs and my feet were so swollen they looked like elephant legs and I had difficulty breathing. I couldn't lie down flat at night because of my breathing and continual coughing. All this happened while I was taking Zelnorm.

I went back to the doctor and he was alarmed because of these symptoms. And my legs had pitting edema - when you push in your skin, it doesn't come back again It meant that I had too much fluid in my system. He also told me that I had congestive heart failure Then the doctor checked my lungs and they were full of fluid. I went on diuretics and extra heart meds and made an appointment with my cardiologist.

By the time I saw the cardiologist, my symptoms had calmed down and there was no congestion in my lungs. During this time I stopped taking Zelnorm, and surprisingly enough, all these symptoms just disappeared, without taking any other meds.

The pharmacist from Cosco phoned me about a month ago and asked if I had any leftover Zelnorm -- he said the drug had been recalled. That was the first time I had heard about it. I asked my doctor if Zelnorm could have caused all these symptoms. He looked back in my files and said 'that would explain everything.' He was just as baffled as I was.

I kept the label from my prescription and looked it up on the Internet. Sure enough, there was the Zelnorm recall. I was blown away. Why didn't my doctor know? He even had Zelnorm in the clinic after the recall. Where are the Zelnorm reps? They sure are quick enough to come around and sell their product.

I am so surprised that a drug to help your bowel can damage your heart. The drug makers should test these drugs more. When I looked up Zelnorm on the Internet, it said that people most affected had pre-existing heart conditions. Why was I prescribed this drug in the first place? I don't blame my doctor -- he didn't even know."

On March 30, 2007, Novartis complied with Health Canada and suspended Canadian marketing and sales of Zelnorm. Jacquie is going to contact her pharmacist and get a copy of her prescription. And her medical records.

If you or a loved one has suffered from the side effects of Zelnorm, you can send your complaint to a [Zelnorm lawyer who will review your claim at no cost or obligation.
Request Legal Help Now