Cardiologist and attorney Dr. Shezad Malik says the recent Yasmin and Yaz litigation, including other oral contraceptives with drospirenone, is good news for thousands of women who have suffered side effects, which range from gallbladder problems to DVTS to stroke. And even death. 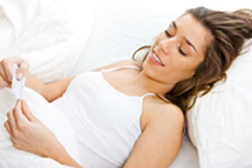 The first bellwether trials were set to take place this January 9, but Dr. Malik says that they were pushed before the New Year.

LawyersandSettlements: Why were the Yasmin and Yaz trials pushed forward?

Dr. Malik: Bayer's attorneys [Bayer is the manufacturer of Yasmin and Yaz] essentially begged the judge to move the case to mediation. Typically what happens next is that the bellwether trials are abated, pending the mediation outcome.

LawyersandSettlements: What does this move mean for Yasmin and Yaz plaintiffs?

Dr. Malik: It shows that Bayer is blinking—the giant pharmaceutical company knows they have to pay up to settle these cases. This move is good news for plaintiffs because, up until now, Bayer denied any liability. By going to mediation, the company has demonstrated that—potentially—they can be on the hook for billions of dollars in settlements, and hopefully a successful mediation of this case will lead to a global settlement of all lawsuits.

Dr. Malik: I don't think so. There is light at the end of the tunnel—this mediation is the 'beginning of the end' and hopefully 2012 will provide some relief to the victims.

LawyersandSettlements: Can a Yasmin or Yaz victim still file a claim?

Dr. Malik: The window is now beginning to close if the mediation is successful, but there is still time to file a claim. I would say they have this year—2012—to file and stake their claim. From our perspective, our team has in excess of several hundred cases and we are filing more and getting many more inquiries. In fact, just before Christmas, we filed another 16 cases.

LawyersandSettlements: What about the statute of limitations?

Dr. Malik: The potential plaintiffs need to always keep in mind that time is of the essence and eventually there will be cut-offs. I advise anyone who has been injured by the drospirenone-containing oral contraceptives to file a claim sooner than later.

LawyersandSettlements: What is going to happen now with the bellwether trials?

Dr. Malik: If the mediation is successful and if it paves the way to a global settlement, then the gallbladder, deep vein thrombosis (DVT), pulmonary embolism (PE) and stroke cases will get a certain dollar amount per victim, which is called a settlement matrix.

LawyersandSettlements: How will the matrix be divided?

More YASMIN BIRTH CONTROL News
Dr. Malik: The breakdown is as follows; between 50 percent are gallbladder problems and between 25 to 50 percent are deep vein thrombosis (DVT) and pulmonary embolism cases. Obviously, the severest cases will get paid the higher settlements, with gallbladder problems expected to pay the least. And those people who require round-the-clock hospital care, and families whose loved one has died, will obviously receive the most.


Last November, Dr Malik said that Bayer is strongly denying any problems and the pharma company will vigorously defend themselves, but he is "confident that justice will prevail." It would seem likely that his confidence in the judicial system is growing with this new turn of events.

In December 2011, the FDA advisory panel voted 21-5 that the Yasmin and Yaz birth control label should be updated to provide clearer risks for blood clots, just falling short of a black box warning. Dr. Malik will talk more about the advisory panel's decision next week…

Posted by
Mrs. Cole
on June 17, 2012
We just received a letter from our attorney who have been unhelpful I might add, that said all gallbladder cases have been dismissed but left abel to file again if in the future if they discover new evidence that yaz caused them to go bad so other words we are just screwed because 2 scientist said they found no link! So all these women and my daughter who was 17, healthy, thin and no family hist. Took yaz & her gallbladder just quit & had to be removed on top of other problems she now has that no one will tell us what caused them! I truly wish there were doctors who would help and care, but they won't go against Bayer! So the victoms, they have to suffer!
Posted by
justice
on March 23, 2012
These physical problems are not the only side effect from this demonic drug. A lot of these girls have suffered emotionally,psycologically, relationally,financially,etc...including my daughter,who is still picking up the pieces after a nightmare ride this last year & a half while on Yaz. I'm in awe that this drug was not pulled from the market when the 1st victims even remotely suspected Yaz was to blame for their symptoms! Doctors were not stressing the risks to the patients evidently either. If I would have known how many girls had been hurt by this poison, I would have prevented us from becoming just another # in a lawsuit, & I would have my happy lil girl back!