Not a day goes by when Sharon doesn’t think she is lucky to be alive. To her surprise, she suffered a heart attack while on Yasmin and was about to have another, if not for the foresight of an ER doctor. 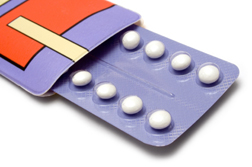 The entire time Sharon was on Yasmin she diligently had a yearly checkup. And every exam showed her blood pressure was elevated, but her doctor told her not to worry because many people get nervous when they go to the doctor, which raises blood pressure. “I also had swelling in my legs and feet, and bruising on my legs. I wondered at the time if they were blood clots, but again my doctor told me not to worry,” she says.

But Sharon, age 36, should have gone with her “gut feeling” and insist on tests to determine whether indeed she could have a deep vein thrombosis (DVT). Or worse.


“Two years ago, out of the blue, I felt a sharp pain in my chest and had trouble catching my breath,” Sharon says.
“My coworker phoned 911 and I was rushed to the ER. That’s when I found out that I had a prior heart attack, several months back. I couldn’t believe it. How could this possibly happen to me? I am young and healthy. Nobody in my family died from a heart attack.”

The ER doctors ran a battery of tests. They also told Sharon, once she was stable, that she was about to have a massive stroke or heart attack and that it would have been fatal if she had waited until the next day to seek medical help.

“I was diagnosed with extremely high blood pressure, congestive heart failure, and shortness of breath,” Sharon explains. “The tests came back with elevated blood clots, fluid in both lungs, and swelling in my feet and legs. My cardiologist said that I was too young to have this all happen at the same time. He also told me never to take Yasmin or Yaz again. I couldn’t believe that either.”

More YASMIN BIRTH CONTROL News
Sharon believes it now. And not a day goes by when she doesn’t think about how her doctor didn’t listen to her complaints. And worse, that Bayer, the Yasmin maker, knew about drospirenone side effects, including stroke and heart attack.

Yasmin and Yaz lawsuits against Bayer Pharmaceuticals have been filed on behalf of women who claim that they experienced deep vein thrombosis, pulmonary embolism, heart attack, strokes, gallbladder disease or death after taking Yasmin or Yaz birth control pills. While many complaints have been settled, more than 10,000 claims are still pending (In Re: Yasmin and Yaz (Drospirenone) Marketing, Sales Practices and Products Liability Litigation MDL No. 2100, U.S. District Court, Southern District of Illinois).