Claims that Johnson & Johnson and Bayer failed to warn about the risks of its blood thinner Xarelto have settled for $775 million.

Thousands of patients who took Xarelto have settled, through multi-district litigation, with Johnson & Johnson and Bayer for three quarters of a billion dollars. Plaintiffs allege that the manufacturers marketed the drug to physicians to prevent blood clots, but failed to inform them of Xarelto side effects, which could cause life-threatening complications such as internal bleeding, stroke and death. 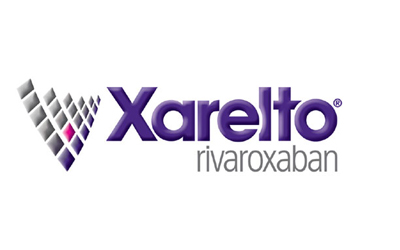 Xarelto and the FDA


Xarelto was developed by both Bayer Healthcare and Janssen Pharmaceuticals (a subsidiary of J&J), and was approved by the FDA in 2011 for use as a blood clot preventative by patients who suffer from deep vein thrombosis and pulmonary embolism and patients recovering from hip and knee replacement surgeries. It was later approved for treatment of atrial fibrillation to reduce the risk of stroke. This anticoagulant was widely popular as soon as it hit the shelves, due to the fact that it offered many new freedoms to users that other blood thinners before it did not—and it was heavily advertised. But within two years, thousands of Xarelto adverse event reports were submitted to the FDA stating that patients had suffered serious life-threatening side effects linked to the blood thinner.

In 2014, the agency slapped two black box warnings on Xarelto, stating the drug can cause serious and fatal bleeding. The FDA also cited Bayer and Janssen for Xarelto promotional material that was false or misleading because it minimized the risks associated with the drug.

But the marketing continued, almost relentlessly. In 2015, a TV advertisement featured golfer Arnold Palmer, comedian Kevin Nealon and NASCAR driver Brian Vickers. In 2017 the drug had reached blockbuster status and made the manufacturers $6.54 billion. Given that J&J’s revenue in 2018 topped $80 billion and Bayer’s was just under $40 billion, the $775 million settlement can be considered a few drops in their buckets.


Lawsuits dating back to 2014 had been consolidated in federal court in New Orleans. The litigation involved about 25,000 claims pending in federal court and about 2,000 pending in Pennsylvania state court. (J&J’s 2018 annual report stated that 25,600 lawsuits have been filed.) According to Law Weekly, the litigation included three defense verdicts in federal court and two defense verdicts out of Philadelphia state court. The only plaintiffs’ win was a $28 million verdict in late 2017, but that was later tossed out by the trial court on appeal.

More XARELTO News
One wrongful death lawsuit, which was filed by the family of a man who suffered irreversible brain bleeding, claimed that “Defendants overstated the efficacy of Xarelto with respect to preventing stroke and systematic embolism, failed to adequately disclose to patients that there is no drug, agent, or means to reverse the anticoagulation effects of Xarelto, and that such irreversibility could have permanently disabling, life-threatening and fatal consequences."


Bayer and Janssen stated that the settlement "allows the company to avoid the distraction and significant cost of continued litigation". Sarah Freeman, a spokeswoman for Janssen said in an emailed statement to the Associated Press that "There is no admission of liability, and we remain steadfast that the claims raised in the litigation contradict years of scientific data and the U.S. Food and Drug Administration's repeated confirmation of Xarelto's safety and efficacy.”