Xarelto Bellwether Score is 3-1 for the Defendants: MDL to Map out Strategy

Both federal, and state cases combine to total 20,000 Xarelto Lawsuits. While the MDL conducts status analysis this month, pundits wonder about the potential for settling.

With three federal bellwether cases having gone to the defendant and a fourth in state court favoring the plaintiff, the judge heading up the 18,500 consolidated cases in federal court has signaled he is looking for guidance from the various parties involved, with oral arguments on the docket for the end of the month following a status report. The Xarelto Lawsuit MDL is under the guidance and management of US District Judge Eldon Fallon in US District Court, Eastern District of Louisiana. 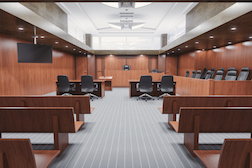 The stakes are high. According to Forbes.com (12/08/17) there are in excess of 18,500 cases consolidated in federal court, with a further 1,500 cases pending in Philadelphia. Combined, that’s 20,000 lawsuits alleging Xarelto bleeding complications and other adverse events.

The three bellwether Xarelto side effects cases tried in federal court in Louisiana went to the defendant. However, the most recent case that went to trial in Philadelphia saw a jury award of nearly $28 million for the plaintiffs.

Now, according to court documents Judge Fallon is keen on gathering information in order to best decide next steps and direction on how the consolidated litigation should proceed, given the apparent conflicting outcomes associated with the bellwether trials.

Xarelto (rivaroxaban) is the new-age blood thinner introduced with great fanfare as an easier, less-cumbersome anticoagulant pathway for thinning blood without the constant monitoring of diet and blood levels that is the bastion of warfarin (marketed as Coumadin, and the gold standard for over 50 years). Unlike warfarin, however Xarelto – and Pradaxa before it – were approved for market by the US Food and Drug Administration (FDA) without a reversing agent in place. The anti-coagulation properties of warfarin, in contrast, can usually be reversed fairly quickly with an infusion of Vitamin K.

Xarelto does not respond to Vitamin K in the same fashion. Plaintiffs assert they were not aware that rivaroxaban lacked an antidote, and some have asserted that defendants were negligent in marketing Xarelto as requiring less monitoring than warfarin, given the lack of a reversing agent.

Forbes.com, meanwhile recently speculated on how the Xarelto file might proceed from here, given the $28 million jury award for two Indiana plaintiffs in Philadelphia. Forbes looked at how Boehringer Ingelheim, the manufacturer of Pradaxa, handled the combined 4,000 cases in federal and state court over its blood thinner. The German pharmaceutical, as it turned out, settled the 4,000 cases in 2014 through a settlement fund totaling $650 million.

Bayer AG is the manufacturer of Xarelto, while pharmaceutical giant Johnson & Johnson (J&J) is licensed to market Xarelto in the US through their subsidiary, Janssen Pharmaceuticals (Janssen). According to Forbes revenue for J&J from Xarelto stood at nearly $2.3 billion for the last full year for which complete information is available, representing about 7 per cent of J&J’s overall revenues for its pharmaceutical division for 2016.

Forbes opined that were Bayer and J&J/Janssen to follow a similar path travelled by Boehringer to settle 4,000 Pradaxa lawsuits, the cost for the former to settle a combined 20,000 Xarelto cases utilizing the same formula could nudge $3.25 billion.

Forbes then compared that forecast against another peak over the horizon – used as a calculator only – that assumes a 10 percent loss rate for Xarelto bleedout lawsuits, and basing future awards using the Philadelphia decision for the plaintiffs ($1.8 million compensatory, $26 million punitive). That cost, assuming a 10 percent rate of loss amidst 20,000 cases, could go as high as $3.6 billion.

Forbes stressed that such figures are submitted for illustrative purposes only, “and we believe that these draconian results are fairly unlikely,” the report said.

More XARELTO News
For the time being Judge Fallon – in a document issued on December 18 of last year – called for briefs to be submitted by January 15, with the deadline for responses identified as January 25. A status conference is set for January 30, after which oral arguments would be considered.

The Xarelto side effects MDL is IN RE: Xarelto (Rivaroxaban) Products Liability Litigation, MDL No. 2592 in the US District Court, Eastern District of Louisiana.

The Xarelto lawsuit in Philadelphia is Hartman v. Janssen Pharmaceuticals Inc. et al., Case No. 160503416, in the Court of Common Pleas of Philadelphia County, Pennsylvania.