Were you looking for Anti-Coagulation Medication or Eliquis Lawsuit or Pradaxa (bleeding deaths) or Zontivity Side Effects lawsuits?

Lawsuits have been filed against Bayer AG and Janssen Pharmaceuticals, manufacturers of the prescription medication Xarelto. The lawsuits claim that Bayer and Janssen failed to adequately warn consumer about the risks association with the Xarelto, a blood thinning medication.

Send your Xarelto claim to a lawyer who will review your claim at NO COST or obligation.
GET LEGAL HELP NOW 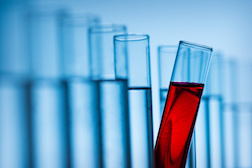 According to Johnson & Johnson's 2017 annual report, there were 16,900 pending lawsuits related to Xarelto, and that number has risen since the report was issued:

"Claims for personal injury have been made against Janssen Pharmaceuticals, Inc. and Johnson & Johnson arising out of the use of XARELTO ® , an oral anticoagulant. The number of pending product liability lawsuits continues to increase, and the Company continues to receive information with respect to potential costs and the anticipated number of cases.

In December 2017 a jury in first bellwether case to be tried in Philadelphia awarded an Indiana couple, $26 million in punitive and $1.8 million in compensatory damages. Lynn Hartman suffered a serious gastrointestinal bleed while using the blood thinning medication. The jury found that the pharmaceutical companies failed to provide adequate warnings regarding the risks for bleeding associated with Xarelto. The verdict was significant as the first Xarelto bellwether case to yield a win for the plaintiff. Three previous bellwether cases in the Louisiana MDL resulted in defense verdicts. As of December 2017 more than 18,500 additional cases were pending in the Louisiana mass tort litigation. 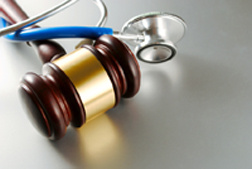 Xarelto was approved by the US Food and Drug Administration (FDA) in 2011. In 2013, the FDA issued a warning letter to the maker of Xarelto, noting that a print advertisement for the drug minimized the risks associated with it and made a misleading claim. Specifically, the FDA warned that including the risk information without any of the emphasis that was included on the benefits section made it seem as though the risks were not important. The agency noted in its letter that the most common adverse reactions with Xarelto were bleeding complications.

Xarelto (known generically as Rivaroxaban) is a new-generation anticoagulant, in a class of drugs known as direct thrombin inhibitors. It is a blood thinner used to reduce the risk of blood clots and strokes. Xarelto has also been marketed as being easier to use than warfarin (known by the brand name Coumadin), an older anticoagulant, because it does not require medical monitoring.

"Xarelto increases the risk of bleeding and can cause serious or fatal bleeding," according to Xarelto's product safety warning. "When neuraxial anesthesia (spinal/epidural anesthesia) or spinal puncture is employed, patients treated with anticoagulant agents for prevention of thromboembolic complications are at risk of developing an epidural or spinal hematoma, which can result in long-term or permanent paralysis." Premature discontinuation of Xarelto can also increase the risk of blood clots, thrombotic events and stroke.

Injuries alleged to be associated with Xarelto include:

Xarelto and Pradaxa (another anticoagulant medication) are both anticoagulants that do not have an antidote, meaning they could potentially lead to uncontrollable bleeding. Both drugs are the subject of lawsuits filed against their makers for failing to warn about the lack of an antidote to the drugs.

If you or a loved one has suffered similar damages or injuries, please click the link below and your complaint will be sent to a lawyer who may evaluate your claim at no cost or obligation.
Please click here for a free evaluation of your Xarelto claim
Last updated on Dec-20-17

New Orleans: Thousands of patients who took Xarelto have settled, through multi-district litigation, with Johnson & Johnson and Bayer for three quarters of a billion dollars. Plaintiffs allege that the manufacturers marketed the drug to physicians to prevent blood clots, but failed to inform them of Xarelto side effects, which could cause life-threatening complications such as internal bleeding, stroke and death.READ MORE
Last-Minute Maneuvering Underway Prior to Next Round of Xarelto Lawsuits

Philadelphia, PA: With three new bellwether Xarelto bleeding issue trials set to begin next month in Philadelphia, defendants Bayer Healthcare Pharmaceuticals and Janssen Pharmaceuticals Inc. are pushing back against attempts by plaintiffs to amend the master complaint in the Xarelto mass tort. In spite of the fact defendants won the first three bellwether trials - and stood by while a multi-million dollar award to a plaintiff this past December was voided in post-trial motions - Bayer and Janssen nonetheless feel that an amended master complaint so close to trial would significantly prejudice them in their attempts to present a coherent defense.READ MORE
Xarelto Verdict for the Plaintiff Overturned in Bellwether Case

Philadelphia, PA: A jury verdict in favor of the plaintiff in a bellwether Xarelto lawsuit that was in danger of being overturned was, indeed tossed - but not for reasons that had been previously speculated.READ MORE

Posted by
a
on February 1, 2017
Hi
My father is currently laying in intensive care having taken this product 40 mins before throwing off or developing a major clot in his lower intents. which has resukted in him laying in intensive care for 6 days now with half of his lower intenst. removed. Does anybody else have anything similar to share please
Posted by
craig vazquez
on November 8, 2016
I was diagnosed with a dvt ayear ago the doctors put me on xalreto at this time.I was out of work for 8 months . Since then I had mutable back issues . They cant give me anything for relief and if the do dosent work .Right now everything in my body hurts never was like this before I took xalerto Some drug ha.
Posted by
Peggy Lake
on June 16, 2016
I was ill for about a month. I went to the doctor with no luck. I woke up one morning and could not walk from my bed to the closet. I went to the ER and they discovered that I was bleeding internally. After two blood transfusions they told me I had a bleeding ulcer that was caused by the use of Xeralto. It took me several months to get my strength back. Now my cardiologist says that I cannot take any blood thinners again and that I am at high risk for a stroke. I live in fear of having a stroke and drooling out of the side of my mouth the rest of my life. I had no idea they had no antidote.
Posted by
trina w
on March 22, 2016
My 27 yr old daughter had a total hysterectomy cut hip bone to hip bone and was released from the hospital. 4 days later she was admitted back to the hospital for pulmonary embolism in both lungs she was put on Xeralto 15mg twice a day she was in the hospital for 4 days they started her on the xeralto the day before she was released so she was released on the forth day at 1pm we got her home and 3 hours after she gets home she starts bleeding excessively and passing blood clots from her vagina we had to call the ambulance to come get her she is admitted back to the hospital for excessive bleeding 2 days later she is still bleeding and passes out from losing to much blood she was taken to ICU given a blood transfusion and stablized enough to transfer her to a different hospital miles from home and away from her small children there wasnt much they could do at the time because there was no way to reverse the Xarelto even though she got the transfusion it was not helping because her blood was so thin they finally figured out that she was bleeding through her incisions on the inside of her body from the hysterectomy. After being in the hospital a total of 21 days she has finally gotten to come home. When she was released from the hospital her hemaglobins were still only a 8.6 She has lost alot of weight and is very weak, pale and experiencing constant headaches and anxiety. My daughter almost bleed to death.
Posted by
Charles Guilliams
on February 27, 2016
Was taken off of warfarin and put on xarelto Feb 2015 by my dr.
Jan 2016 I had gastrbleeding indecent that required hospital stay. I could not walk, had no strength, and i was alone when this all happened. Helicopter ride to hospital in Flagstaff that had capable Dr's.
Five bags of blood to replace what I lost. I was suffering major heart trauma while in ICU.
They definitely took me off of the drug. Still extremely weak.
I see my Dr twice a month now.

Lets see, a medication designed to prevent blood from clotting and that passed FDA approval is still subjected to the vultures in the legal profession when someone injures themselves and the blood does not clot. DUHHHHHH!

Posted by
New York
on March 26, 2015
Bleeding with clots for over a month.
Posted by
California
on February 3, 2015
My husband suffered from hemorrhage in lungs and uncontrolled bleeding fron nose and in lungs resulting in his untimely death on January 16, 2014. I am a young widow and mother of a teenage son who have suffered great distress, overwhelming grief, major depression and high anxiety. Including loss of major finances and inability to work due to the incident leading to the death of my husband, Oliver, of nearly 25 years. I believed the blood thinner was the underlying cause of his uncontrolled bleeding and blood not clotting. I am still in possession of the pill bottle from which he unknowingly consumed that lethal medicine. I was subjected to seeing my husband die a slow, agonizing death due to dropping plasma levels and bleeding.
Posted by
Illinois
on January 2, 2015
Near-fatal internal bleeding.
Posted by
North Carolina
on August 31, 2014
Excessive bleeding from Xarelto and Brilinta. The real problem is you do not know you are bleeding until you see bleeding dripping off of your body even from the smallest scratch, to say nothing about a cut.
Posted by
Massachusetts
on August 25, 2014
While taking Xarelto, I developed several issues. I’m seeing doctors about them, but I suspect that there was excess bleeding into my right breast and possibly into my gastro track, and I still have electric shocks running down my right arm from elbow to fingertips. No one advised me of these risks.