To date, 950 Xarelto lawsuits that have been consolidated into a mass tort will be tried under the bellwether program slated for next summer at the earliest. Additionally, almost 3,000 cases make up the federal Xarelto multi-district litigation (MDL). 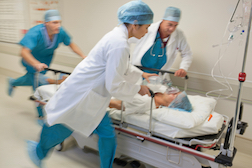 Philadelphia Court of Common Pleas Judge Arnold New ordered the bellwether method for the mass tort program. Plaintiffs’ attorneys are pleased with New’s decision—based on the ‘first in, first out’ method. So cases are selected that are the most representative of the overall mass tort and will be tried first. The mass tort is expected to include another 50 or so cases.

All cases claim that Johnson & Johnson and Bayer knowingly put patients at risk for uncontrollable bleeds. Janssen Pharmaceuticals, the Xarelto manufacturer and J&J subsidiary, is accused of hiding Xarelto dangers from patients, including the fact that there is no antidote for the drug, unlike Warfarin. “The difference is that state and federal (MDL) courts reach differing rulings on these issues, primarily because the courts follow different precedent and rules of evidence,” Philadelphia-based attorney Max Kennerly told the Penn Record. For instance, the Daubert standard would govern the admissibility of expert witness testimony in the Xarelto MDL, and the the Frye standard would be used as the guideline for those cases handled in Philadelphia and other state courts next year.

More XARELTO News
Judge New’s trial selection will comprise 24 suits for the first round of bellwether cases scheduled for September and December 2017. The MDL is ahead, with the first three federal cases to be tried between March and May 2017.

Now armed with more knowledge of Xarelto dangers, such as the fact that there is no antidote for an uncontrollable bleed, attorneys believe that more lawsuits will follow. And Judge Eldon Fallon extended the deadline to file a Xarelto claim by an additional 90 days, which will allow more than 7,000 pending Xarelto lawsuits to be added in the Louisiana MDL. Three of the MDL bellwether trials involve wrongful death cases.

According to HealthGrove Xarelto has been ranked 24th on a list of 50 most dangerous drugs in the US.