If you have to file a workers' compensation claim in California, just hope that it's not handled by the State Compensation Insurance Fund (SCIF).

That's the message to workers from a recently released audit report on SCIF, the state's largest workers' compensation provider. The report was conducted by RSM McGladrey for state Insurance Commissioner Frank Poizner; Poizner says that overall the report "revealed what we expected—serious structural and operational issues"—issues like these:

In the past ten years, the report says, SCIF paid more than $500 million to external safety groups for undefined and unaudited marketing services. More than half of these fees went to groups tied to SCIF Board of Directors members Frank Delre and Kent Dagg, although the report does not name names. Both men resigned from SCIF's board in November 2006 for "personal reasons". 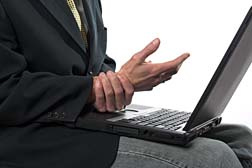 How does this kind of high-level mismanagement and conflict of interest happen? Maybe because, according to the report, SCIF's management doesn't include a lot of key positions that would be expected in an organization of its size.

More News
Bottom line, the report says, is that huge amounts of California's taxpayers' money have disappeared into SCIF for very little in the way of efficient service to injured workers. In fact, slow or mismanaged workers' compensation claims cost SCIF almost $20 million in late fees in the first half of 2007—and where the rubber meets the road, delayed payments for thousands of eligible workers.

David dePaolo, editor in chief of WorkCompCentral comments: "The recent SCIF debacle is a glaring example of the hypocrisy that predominates the enforcement of our workers' compensation fraud laws and the perversity of a system that is apparently without a moral rudder."

Or as one state employee who's covered by SCIF says, "All this waste and yet SCIF denies legitimate claims from injured employees. I'm glad to see that real reform will be occurring at SCIF. Maybe now employees who file legitimate claims will get the service they deserve!"

If you have been hurt on the job, please contact a lawyer involved in a possible [Workers' Compensation Lawsuit] to review your case at no cost or obligation.
Request Legal Help Now