Workers' Compensation: "They'll just fight me and fight me."

When you're working in the Alaskan bush counting salmon for the state Department of Fish and Game, you might expect to be under their workers' compensation coverage 24/7. That's what Jim Palmeter thought in July 2006.

Palmeter (not his real name pending possible legal action) says, "I was out in the bush on Chiganik Lake on the Alaskan peninsula. It wasn't a 9 to 5 job. We'd have to run upriver and check on the fish traps when the salmon were running. Sometimes we'd be out there till 2 or 3 AM and work ten to twelve hours." He was paid hourly and received room and board from the state.

"Historically, the Fish and Game employees gave a bonfire for the Native village nearby on the Fourth of July to kind of lessen the distance between the salmon smolt enumeration project and the local people," Palmeter says. "Fish and Game sponsored the bonfire; the project managers had been involved with it for years before I showed up. 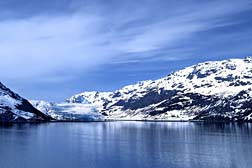 "I got done working for the day and went across the river to the party. When I got there, there was a little Native girl who needed help unloading a 55-gallon barrel of fuel from a boat." While helping unload the heavy barrel, Palmeter heard a pickup truck start up behind him; seconds later, the truck struck Palmeter while going backward, rebounded off a bulkhead, and wound up on top of him.

Palmeter suffered a compound fracture of his left leg. He says, "My biologist—my immediate supervisor—saw what happened and pulled me out. They carried me away on a piece of plywood, and I was in the bush for 12 hours with a bone sticking out of my leg before the Coast Guard helicopter could airlift me out."

Palmeter needed surgery and a skin graft for the injury. "The bones damaged the hide on my leg so bad that they had to pull skin from the back of the leg to get enough hide to cover it. I've got a titanium rod from the ankle to the knee on that leg."

Palmeter applied for workers' compensation from the state of Alaska in January 2007. He says, "It didn't take them long at all to deny me. They said I wasn't eligible because I wasn't actually on the clock when I got hurt. But the way I figured it, I was at a Fish and Game function, which they did for PR purposes.

"They said I could appeal it, so I talked to a lawyer, because I knew of a similar case involving a lineman working out in the bush who broke his back off the clock when he was climbing a pole during a party. He was denied workers' compensation, but won the case on grounds that they were responsible for him 24/7 when he was out in the bush.

More News
"The lawyer told me that the workers' compensation laws had been changed since then. They'd tightened up the eligibility rules to avoid paying these claims. He also said that I might not be eligible because I had already gotten a settlement from the truck owner's insurance, but I don't know what that has to do with a worker's compensation claim—I sort of think it's mixing apples and oranges.

"But I decided not to pursue it, since it looked like a big pain in the neck and more trouble than it'd be worth. I was pretty much on their dime 24/7, but that's not their official point of view. They'll just fight me and fight me." He eventually left Alaska and has settled in Idaho.

Palmeter hasn't been able to work since his injury. "Apart from my leg, I've developed shoulder problems," he says, "and I'll have to go back to the orthopedic surgeon soon. I've been living off the settlement from the truck owner's insurance company, but I'm starting to run out of money."

If you have been hurt on the job, please contact a lawyer involved in a possible
[Workers' Compensation Lawsuit] to review your case at no cost or obligation.
Request Legal Help Now