Attorney: Clients Lost Up to 98 Percent of Their Investment in Lehman Brothers 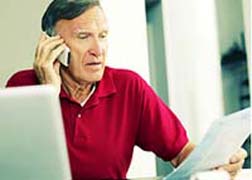 "One theme that emerges is that a lot of customers say they were given the same representation about the Principal Protected Notes being a relatively safe investment with a higher yield," Christopher J. Gray, from the Law Office of Christopher J. Gray, P.C., says. "A lot of the time, it seems the name Lehman Brothers was not discussed. When it was discussed, investors weren't told the Principal Protected features were only backed by Lehman Brothers.
There appears to be a pattern of the notes being held out as safe by UBS, but they turned out to not be safe at all."

That lack of safety allegedly resulted in some clients losing a lot of money after Lehman Brothers collapsed, making the Principal Protected Notes worth very little, if anything at all. Investors have now filed arbitrations to recover their lost money.

"I've talked to people who say they lost as much as 98 percent of the value of their investment," Gray says. "These claims are the subject of an arbitration agreement, so they would have to be brought in a FINRA [Financial Industry Regulatory Authority] arbitration proceeding. A number of arbitrations have been filed. Of those completed to date, seven of eight were won by the claimant, including one award of more than $1 million."

According to Gray, in a good year claimants win approximately 50 percent of the arbitrations filed. This makes the record so far regarding UBS arbitrations involving Lehman Notes very good for the claimants. But, in order to recover their lost money via the FINRA arbitration process, investors have to file their own individual cases. The good news for investors is that it is not too late to speak to an attorney regarding their UBS-sold Principal Protected Notes.

More UBS LEHMAN PRINCIPAL PROTECTED NOTES News
"Arbitration cases take 12 to 14 months to complete," Gray says. "There are many other claims still making their way through arbitration. Folks who have not yet filed a claim still have time to file one, if they desire. Because of the state statutes of limitations that apply [statutes of limitations vary from state to state], people who want to pursue a claim should do so sooner than later."

Claimants can file an arbitration to recover money lost in the Principal Protected Notes investment. In some cases, claimants have been awarded fees, but this is not always guaranteed. In any case, the number of arbitrations that have been won by the claimants so far means that there could be a favorable outcome for people who file an arbitration.

"It seems that the arbitration panels have understood that the Principal Protected Notes were not what they were held out to be," Gray says.

If you or a loved one have suffered losses in this case, please click the link below and your complaint will be sent to a securities frauds who may evaluate your UBS Lehman Principal Protected Notes claim at no cost or obligation.
Request Legal Help Now