Send your UBS Lehman Principal Protected Notes claim to a lawyer who will review your claim at NO COST or obligation.
GET LEGAL HELP NOW 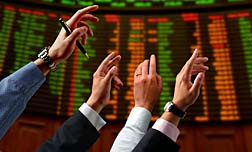 UBS Lehman Principal Protected notes were created by Lehman brothers and combined derivatives with fixed income and/or equities. The result was meant to provide the safety of fixed income with the upside of the stock market. Investors allege, however, that they were not told during sales pitches by UBS or Lehman Brothers that Lehman Brothers was the only guarantor of the "Principal Protected" notes.

In other words, despite the name Principal Protected there was no protection on the principal. The investments were unsecured debt of the issuing companies.

In one recent FINRA (Financial Industry Regulatory Authority) arbitration, UBS was ordered by a three-person panel to pay the complainant $2.2 million.

According to a Reuters article (08/25/10), prior to the most recent ruling, UBS lost five of six arbitration cases and, in some claims, was ordered to pay full restitution and legal and court fees. Awards ranged from $200,000 up to almost $530,000 for a couple who invested in the UBS Lehman principal protected notes. 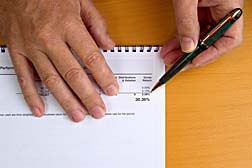 UBS also faces complaints from various states, including New Hampshire and Missouri, for allegedly using unfair sales practices and recommending unsuitable investments. According to a statement released by Jeff Spill, Deputy Director of Securities Regulation for Enforcement, "UBS presented these notes as simple, safe investments when in fact they are highly volatile and are subject to shifting market conditions. The safety of these products was exaggerated," (09/03/09; New Hampshire Bureau of Securities Regulation).

The New Hampshire lawsuit alleges that UBS failed to adequately supervise its employees in the distribution, offering and sale of the products and did not adequately assess the suitability of the Lehman Brothers Principal Protected Notes.

UBS has defended itself, saying that client losses "were the direct result of the unexpected and unprecedented failure of Lehman Brothers," and arguing that the company followed regulatory requirements.

Investors who believe that they may have a valid claim arising out of Lehman Brothers Principal Protected Notes or other structured financial products, please click the link below and your complaint will be sent to a lawyer who will evaluate your claim at no cost or obligation.
Please click here for a free evaluation of your UBS Lehman Principal Protected Notes claim
Last updated on Mar-2-11

Massachusetts Mutual Life Insurance Co. has filed a UBS lawsuit accusing the bank and three others of hiding risks on millions of dollars worth of mortgage-related debt it purchased, Reuters reports.READ MORE
UBS Fined for Lehman Brothers Principal Protected Notes

In the ongoing battle concerning UBS Lehman Principal Protected Notes, the Financial Industry Regulatory Authority (FINRA) has issued a blow against the UBS Lehman structured notes. FINRA has awarded more than $8 million to investors who alleged that UBS downplayed the risks associated with the Lehman Brothers Principal Protected Notes.READ MORE
UBS Lined Its Pockets While Hanging Investors Out to Dry: Allegation

Among a host of investors who were stung by alleged fraud thought to be associated with UBS Lehman Principal Protected Notes are retired individuals desperately trying to grow their nest egg through risk-free investments and a not-for-profit organization using the investment product to raise some much-needed capital with which to operate and undertake good works.READ MORE