Chipotle Faces Securities Lawsuit, among Others

In the wake of an E. coli outbreak and a norovirus outbreak, Chipotle faces a securities lawsuit and other lawsuits alleging the company attempted to hide the outbreak and misled investors about the nature of its sanitation procedures. This is in addition to a criminal investigation linked to the foodborne illness outbreak in Simi Valley. 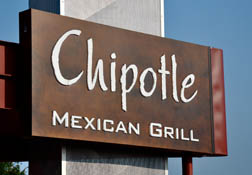 According to court documents, Chipotle was linked to multiple foodborne illness outbreaks, including an E. coli outbreak involving 20 people in Oregon and Western Washington, eight of whom required hospitalization. All Chipotle restaurants in the two states were closed down following the outbreak. The court documents, which were filed in relation to a securities lawsuit, also note a December outbreak of norovirus affecting 140 Boston college students and an August/September salmonella outbreak in Minnesota.

Meanwhile, a class-action lawsuit was filed by patrons in Simi Valley, California, who say they were sickened by a norovirus outbreak. NBC (1/20/16) reports that as many as 234 people who ate at the location became ill after eating at the Chipotle in Simi Valley. The lawsuit alleges a kitchen manager who handled and prepared foods had gastrointestinal symptoms by August 18 but worked until he was diagnosed with norovirus on August 20. Although the location closed down, the lawsuit alleges local health officials were not notified and were not given an opportunity to properly investigate.

Following the outbreak at Simi Valley, Chipotle was reportedly served with a federal subpoena. A criminal investigation was initiated by the US Attorney’s Office for the Central District of California and the Food and Drug Administration’s Office of Criminal Investigations.

More SECURITIES News
Fortune (1/8/16) reports that investors filed a securities lawsuit alleging the company misled investors about its food safety procedures, including making false and misleading statements that did not warn investors that its quality controls did not meet applicable standards. Investors also allege the quality controls were “inadequate to safeguard consumer and employee health.” Since October, Chipotle shares have dropped around 45 percent, Fortune notes.

Plaintiffs also allege statements made by Chipotle in company documents regarding serving food that is “delicious and safe to eat” were false and misleading.

The lawsuit seeks damages on behalf of any investors who bought shares in Chipotle from February 2015 to January 2016. Three executives were also named in the lawsuit, which alleges violations of the Securities Exchange Act.

Posted by
Litaun Lewis
on February 1, 2016
Wow, this is just too bad. I lived at Chipotle, me and my family. It's just so sad that they tried to hide something so serious to make money. I hope to receive updates on the case.