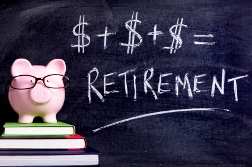 According to a news release (4/1/16), Harris alleges in her lawsuit that Morgan Stanley violated the False Claims Act and the California Securities Law by failing to adequately disclose its concerns about some of the investments it sold to employee pension funds. Among those investments were subprime mortgage-backed securities, some of which allegedly involved debt that was higher than the value of the properties. The investments also included “structured investment vehicle” investments involving packages of residential mortgages loans and other debts.

In her complaint, Harris alleges that between 2004 and 2007, Morgan Stanley sold billions of dollars in mortgage-backed securities from subprime lenders even though the financial firm knew lenders were “not [using] a lot of common sense” when it approved those loans. Furthermore, Harris alleges, Morgan Stanley did not warn investors about the risks because it did not want to lose business with the companies that were making the loans.

More SECURITIES News
Among Morgan Stanley’s reported actions were first rejecting loans that were deemed too risky to include in investment packages and later including them in investment packages despite having done nothing to fix those loans. The lawsuit alleges that two state funds - the California Public Employees Retirement System and the California State Teachers Retirement System - lost hundreds of millions of dollars because Morgan Stanley concealed or understated the risks of the investments.

“Investors were particularly reliant on accurate disclosure of the risks because of the complicated nature of these investments,” the news release states. “The complaint alleges, however, that while Morgan Stanley knew of the significant risks, it nevertheless worked to portray the investments as extremely safe.”

The lawsuit seeks three times the damages the funds sustained as a result of Morgan Stanley’s alleged actions.

A spokesperson for Morgan Stanley said the firm believes the case has no merit.

Posted by
Ruby Cox
on April 27, 2016
Select Portfolio Servicing FKA Fairbanks Capital ,filed a fraudulent document referring to a securitization agreement in my county .I have proof .