The potential for Tylenol overdose led the manufacturer of Tylenol—Johnson & Johnson (J&J)—to change the design of its dispensing bottles for children under and over the age of two. However, the pharmaceutical giant has found it necessary to recall its entire US supply of Infants' Tylenol due to problems with the new dosing system. 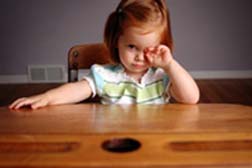 The New York Times (2/18/12) and various other news organizations reported that no fewer than 17 complaints came in with regard to the new bottles—specifically, the dislodgement of a protective cover when a syringe is inserted to draw out the required amount of medicine.

In the past, the popular medication has been besieged with a string of recalls, as well as links to Tylenol liver damage. Many a disgruntled consumer has launched a Tylenol lawsuit when health issues and various other Tylenol side effects have turned a medication designed to alleviate health issues into new health issues.

Acetaminophen toxicity is yet another issue that has raised its head with some consumers.

According to reports, J&J had just returned to the market with Infants' Tylenol in November, only to turn around and recall over a half-million bottles of the medication. This latest recall does not affect Tylenol medication destined for children two years of age and up. That said, the recall represents the entire US supply of Infants' Tylenol.

Johnson & Johnson has had a checkered history with Tylenol, according to a recall timeline compiled by Reuters Health Medical News (2/22/12). Tylenol was last recalled on March 29 of 2011 due to a musty or moldy odor associated with the medication. That complaint, which affected 700,000 bottles of Tylenol and other consumer medication, mirrors complaints of a musty/moldy odor that resulted in recalls October 18, July 8, June 15 and January 15 of 2010, together with a recall in December 2009 that served as an expansion of a similar recall a month earlier.

At the time, in the fall and early winter of 2009, there were reports of nausea, stomach pain, vomiting and diarrhea. In some of the recalls for a moldy/musty odor, the problem was traced to chemicals in wood pallets used to store and ship the product.

More TYLENOL/ACETAMINOPHEN News
However, there have been other recalls for varying reasons. On November 24, 2010, no fewer than 9 million bottles of Tylenol were recalled due to an inadequate warning involving trace amounts of alcohol used in product flavoring, according to Reuters Health. Further, Tylenol was part of a massive recall on January 14 of last year over apparent lax cleaning procedures at a manufacturing plant.

As yet there are no reports of Tylenol lawsuits over this latest recall. There has not been a Tylenol death linked with this recall nor have there been any injuries reported. Nonetheless, a Tylenol recall of any kind is of great concern to parents, who on one hand will applaud a manufacturer for taking the initiative to recall a problematic product, while calling into question the capacity for a company to provide products, which are mostly problem-free.

There have been no reports of problems with an updated bottle, similarly redesigned to prevent Tylenol overdose, for children over two.