A subsidiary of Johnson & Johnson has been hit with a Tylenol death lawsuit, as the parents of a 2-month-old infant have accused the companies of being negligent in the manufacturing of the product, Reuters reported. 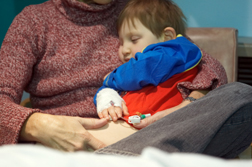 According to the news outlet, the otherwise-healthy infant, Markus Cherry, died in April 2010, just three days after he was given Concentrated Tylenol Infant Drops. Tests that were done post-mortem concluded that the medication had been contaminated with bacteria that was considered harmful.

Cherry's death led to a recall of more than 40 types of infants' and children's medications across the US, as the Food and Drug Administration also investigated the plant where the contaminated product came from.

According to the news outlet, the plant had previously been cited for quality-control violations and the infant's death only heightened the attention that was paid to the site. In February 2010, officials met with Johnson & Johnson management about its operation, and after the death of Cherry, the FDA issued a report that alleged that the companies failed to investigate a number of consumer complaints.

More TYLENOL/ACETAMINOPHEN News
Reuters reported that training and lab facilities at the site were found to be lacking by the investigators. The Cherry family has accused the drug manufacturers of trying to cover up widespread contamination, and have claimed that Johnson & Johnson hired a private company to buy up the entire stock from retailers to prevent the information from getting out.

The Chicago Tribune reported that the company's alleged "stealth recall" prevented consumers from learning about the potential harm that the product could cause. This, according to several legal experts, has given the family a significant issue to bring up in the lawsuit and could affect their potential settlement.

According to the news source, the FDA has a detailed record of the plant's problems and has alleged that there is proof that managers ignored known dangers at the site. This information could be used as context for why the issue was not brought to the public and why Johnson & Johnson allegedly tried to purchase the remaining stock from retailers.