Trasylol: "I Thought the Problems Were Just Me"

Angela R. (not her real name) admits that she does not know if Trasylol was used during her open heart surgery. What she does know is that prior to her surgery, she was not in end-stage kidney failure, which she developed after the surgery. She also knows that nurses in the hospital repeatedly commented that the medication she was given can be hard on a person's kidneys.

Angela repeatedly saw a doctor because she was not feeling well. She was fatigued and had pain in her lung. After multiple visits to the doctor and finally being admitted to the hospital, Angela was told she was in heart failure and had suffered a heart attack without realizing it. She was given a heart catheterization and then told that she had three blockages in her heart and would require open heart surgery. 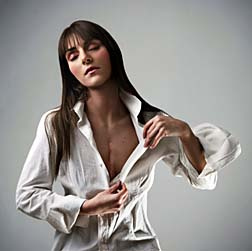 "They told me that there was a possibility I might not survive the surgery," Angela says. "I was frightened for a split second, but I thought, 'If not now, when?' So I decided to have the surgery. However, I am a diabetic, I had been without fluids the day before the surgery and I had not had food since midnight because of the other procedures and tests they did. I was worried about the surgery, but I figured I'm not the first diabetic they have done open heart surgery on.

Angela says she was told she would recover from the open heart surgery in four to five days. She wound up in the hospital for another three weeks following the surgery.

"I remember the nurses saying to me, 'The surgery and the medications you get are very hard on your kidneys,'" Angela says. "I didn't make the connection that my fatigue was related to my kidneys. I had no clue what was going on with me. Nobody told me officially what happened, but people would say, 'That drug does affect your kidneys.' I thought that the problems were just me."

"The nephrologist told me that I was right on the edge of dialysis. I might sit there for a year or I might sit there for a day. I live like this every day. If I feel sick, I wonder if it is the stomach flu or if I have to go to the hospital to get hooked up to a machine. I am fatigued every day and give myself shots to boost my blood count because I am anemic. I am usually in bed by 6:30. I have no endurance to do any activities during the week. I work [as a teacher] so that I have money to buy medications and see my specialist.

More News
If this is because of this medicine [Trasylol] and they already knew it was causing these issues, I'm furious. As a medical person I know there is a risk in everything we do, even in the hospital. But to think that they did such fancy work on my heart and now my kidneys are shot—it is one scary thing. It is downright frightening."

Angela is not the only person left wondering if Trasylol was used in her surgery. One of the problems with Trasylol is that many patients are given it during surgery without their knowledge. They may have reactions to the drug, such as kidney failure, but never know that Trasylol was used. It is possible that a person who has suffered kidney failure following open heart surgery was given Trasylol.

If you are not sure whether or not Trasylol was used in your surgery, a lawyer can help to evaluate your case.