LAWSUITS NEWS & LEGAL INFORMATION
Home Page >> News Articles >> Could This Be the Final Nail in the Coff..

Could This Be the Final Nail in the Coffin for Trasylol?

If Bayer was hoping for a miracle with regard to its much-maligned and dangerous drug Trasylol, those hopes were dashed today after the findings of a Canadian study were published in the May 14th edition of The New England Journal of Medicine (NEJM), effectively equating to a death sentence for the deadly anti-bleeding drug. 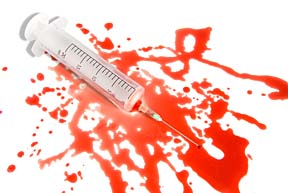 "In all likelihood, this is the end of the aprotinin story," stated Wayne A. Ray and C. Michael Stein, of Vanderbilt University School of Medicine, writing in an accompanying editorial relating to the study.

The Blood Conservation Using Antifibrinolytics in a Randomized Trial (BART) study is not news. Nor is Trasylol, which has been around since 1993 and has been widely used to help stem, or minimize blood loss during cardiac surgery. While various warning signs and red flags regarding Trasylol extend all the way to before it was even approved by the US Food and Drug Administration (FDA) relative to a concern over renal complication and other issues involving the kidneys, 2006 was the watershed year when various studies burst onto the scene claiming that aprotinin (Trasylol) was a potential killer.

Thus began a two-year dog-and-pony show where legitimate studies were ignored, while another was 'mistakenly' withheld from the FDA by Trasylol manufacturer Bayer. In the meantime, thousands of patients were dying while Bayer continued to enjoy a healthy profit from sales of a drug that came with a price tag of about a thousand bucks per dose.

The Canadian BART study was considered the first of its kind involving Trasylol. Rather than an observational study involving hospital records, or a controlled trial comparing the performance of a drug against that of a placebo, the BART study produced a head-to-head comparison of the effects and benefits of aprotinin, against two other anti-bleeding drugs.

However, Canadian researchers halted the BART study after patients in the aprotinin group exhibited a much higher death rate. Bayer, with full support from the FDA, Health Canada and the German health authority in Bayer AG's home country, suspended the marketing of Trasylol a few weeks later, but kept its options open by indicating the suspension was a temporary measure. Even the FDA was suggesting at the time that while its intent was to see Trasylol come off the market completely, it was nonetheless allowing surgeons to continue using Trasylol on a patient-by-patient basis. Even with thousands of lives allegedly lost to aprotinin the FDA was letting Trasylol off easy, and Bayer AG was hoping for an ultimate reprieve.

Today's issue of the New England Journal of Medicine has likely changed all that, as BART has now spoken, if not bellowed. The risk of death associated with Trasylol use increased 54 percent when compared against two other effective, and cheaper anti-bleeding drugs. It was reported that six per cent of Trasylol patients died within 30 days of surgery, as compared with four percent of patients who received, at random, either tranexamic acid, marketed as Cyklokapron by Pfizer, or aminocaproic acid, manufactured by Xanodyne and sold as Amicar. This, it was reported by the Associated Press today, in spite of a slightly lower percentage of Trasylol patients suffering from massive bleeding, requiring blood transfusions.

Such is the rub over Trasylol, which some believe does the best job at mitigating blood loss. Fine, but at what cost? The FDA went on record, via an expert review panel in 2006 and again in 2007, as stating that the benefits of Trasylol outweighed the risks, hence the decision despite a mountain of evidence, to keep Trasylol on the market.

Those benefits are now solidly under a black cloud. Researchers with the BART study, which was funded by the Canadian government and therefore remains aloof of any potential tarnish of influence, found that those who died in the Trasylol group had a much higher incidence of heart complication after surgery, including heart attack.

"There was no way we could ethically enroll (more patients) in the trial because we had our answer," said lead researcher Dean A. Ferguson, a transfusion medicine expert at the Ottawa Health Research Institute.

"I think the results are quite definitive, certainly for high-risk cardiac surgery, and it's going to be very tough to justify its use in lower-risk surgery."

More News
The assumption that Trasylol's fate is finally sealed was supported by today's announcement from the FDA that Bayer has indicated it will begin removing all remaining Trasylol stock from warehouses, hospital shelves and physician stock. While the marketing of Trasylol was suspended last November, the drug was never formally recalled and was still available for 'investigational use.'

In other words, on a patient-by-patient basis as cases warrant under a limited use agreement. But even that pretext, which is still current and active, could well be threatened as the result of today's BART study findings as summarized in the New England Journal of Medicine, considered one of the most respected scholarly medical journals in the world.

The FDA said today it fully supports Bayer's decision to call in Trasylol from available stocks.

Bayer, meanwhile, reported 46 lawsuits pending in its 2007 year-end documentation. It is widely expected that there will be more.