Is Your Kidney Failure Due to Trasylol?

If the February 17th edition of 60 Minutes on CBS wasn't enough to condemn Trasylol in the eyes of Americans, the publication of two additional studies slamming the safety of Trasylol should convince any remaining doubters regarding the mounting evidence that Trasylol leads to an increase in death and kidney failure.

In one of two new studies, published February 21st by the New England Journal of Medicine (NEJM), an investigation by Duke University revealed that out of more than 10,000 people who underwent coronary artery bypass surgery, the death rate was 32 percent higher among the 1,343 people who received aprotinin (Trasylol) as compared with the 2,029 who received no medication to limit their bleeding. The mortality rate for Trasylol patients was also 27 percent higher than those given aminocaproic acid, an older and far less-expensive medication used to limit bleeding.

"There continues to be an association between aprotinin (Trasylol) and higher death rates and kidney damage," says Dr. Andrew Shaw, an associate professor of anesthesiology at Duke University and one of the lead authors of the study. 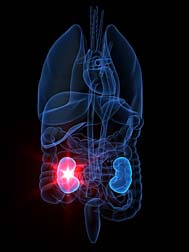 The second study, published the same day by the NEJM, originated at the Harvard Medical School and looked at data from more than 78,000 coronary bypass surgical cases.

Results for both Trasylol, and aminocaproic acid were compared.

Unlike the Duke University study, which includes an extended follow-up period of ten years, the Harvard study focused on death over the short term, with follow-up averaging about a week after completion of surgery.

The data revealed 1512 of the 33,517 aprotinin patients died following surgery, as compared with 1101 out of 44,682 patients given aminocaproic acid. Based on those figures and factoring in the variables, the study concludes that the estimated risk of death was 64 per cent higher in the aprotinin (Trasylol) group, than the corresponding aminocaproic acid group.

"Patients who received aprotinin alone on the day of CABG surgery had a higher mortality than patients who received aminocaproic acid alone," states a summation of the study. "Characteristics of neither the patients nor the surgeons explain the difference, which persisted through several approaches to control confounding."

Such mounting evidence, including the Canadian BART study, which was halted in late 2007 due to a spike in the death rate of aprotinin patients and which ultimately led to the 'temporary market suspension' of Trasylol by Bayer AG, only adds to the suspicion that Trasylol is dangerously flawed.

Beyond that, however, is the potentially flawed logic that suggests a new drug which behaves in similar fashion as an older, more standard-issue medication does not require rigorous testing and analysis before it comes onto the market and is so widely embraced.

In an editorial published in the NEJM accompanying the two studies, Dr. Wayne A. Ray, a professor of preventative medicine at Vanderbilt University in Nashville notes that "had this been done ten years ago with Trasylol, many lives would have been saved."

Dr. Ray goes further, and puts the onus squarely in the lap of the FDA, as "there is no commercial incentive to do (studies)," he says.

"The public is not being adequately protected if we let millions of people use a drug before we fully understand it."

More News
That may be easier said than done, given the history of the FDA and Trasylol. As revealed on the CBS investigative program 60 Minutes, the federal drug watchdog had already been presented with mounting evidence vilifying Trasylol when it voted to allow the drug to continue on the market in September 2006. Further evidence a year later failed to convince the FDA to move from its position until the Canadian action gave them little choice but to act.

One of the authors of the Harvard study, Dr. Sebastian Schneeweiss, noted that the data was already available to the FDA when the Canadian BART study was halted.

Meanwhile, thousands of Trasylol patients who survived their surgeries but are now experiencing kidney failure have reason to believe that Trasylol might be to blame.