Although the Tennessee economy is doing well with record low unemployment rates, employers in the hospitality industry are having a difficult time attracting workers due to the state’s minimum wage, which is also a common Tennessee labor law issue. 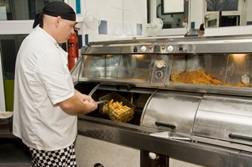 The Times Free Press reported in September that Chattanooga had the sixth fastest growth in median household income last year among the nation's 382 metropolitan areas as the local 6-county area continued to boost employment at more than twice the U.S. rate. According to the U.S. Bureau of Labor Statistics, local employers added more than 10,000 jobs in 2017.

Bill Fox, director of the Center for Business and Economic Research at the University of Tennessee, said that, "As more people are working and the labor market tightens that creates more income and tends to push up wages.” Chattanooga Mayor Andy Berke said that, "Wages are critical for quality of life, and because we have one of the highest wage growths in the country, more families in Chattanooga now have a better chance of leading the kind lives that they want.” And Gov. Bill Haslam said more higher-paying jobs are coming to Tennessee, “As we've worked to create an environment where businesses can thrive, incomes have increased, making Tennessee an even better place to live, work and raise a family."

But most income gains are from more people working and/or working longer hours—wages haven’t necessarily increased. And income inequality is on the rise mainly due to low minimum wages.


• Almost 60 percent of Americans support raising the federal minimum wage to $15 an hour
• Full-time minimum wage workers earned the equivalent of $20,600 a year in 1968, while those earning the current $7.25 in 2017 would only make $15,080
• The District of Columbia minimum wage is $13.25 an hour
• California Minimum Wage Workers receive $11 per hour for employers with 26 or more employees and $10.50 per hour for employees with 25 or fewer employees. They will receive $15 Per Hour By 2023
• Amazon pays its workers minimum $15 per hour
• 29 states and D.C. have minimum wages above the federal minimum wage of $7.25 per hour.
• Five states have not adopted a state minimum wage: Alabama, Louisiana, Mississippi, South Carolina and Tennessee.
• About 7.4 percent of hourly workers in Tennessee earned wages at or below $7.25, according to the 2013 US Population Survey, which is the highest proportion of minimum wage workers in the country. Nationally about 4.3 percent of the workforce or 3.3 million workers earn at or below minimum wage.


Although Tennessee doesn’t have a minimum wage, Tennessee employees are entitled to earn at least $7.25 per hour, which is the federal minimum hourly wage. Eighteen states now have higher minimum wages than the federal rate, but Tennessee hasn’t changed its minimum wage rate since 2008, where it was raised $1.67 from $5.58 to $7.25.

More TENNESSEE LABOR LAW News
The federal minimum wage for tipped employees in Tennessee -- without state minimum wage laws-- is set at $2.13 per hour. Some employees claim employers are even taking their tips, such as Alec Marsh, a former server at the Tennessee-based chain J. Alexander’s. He has filed a Tennessee labor lawsuit against the restaurant, also claiming he was paid reduced wages and treated as a tipped employee when he performed tasks unrelated to serving and bartending. (Thirteen former server and bartenders made similar claims in separate lawsuits filed against chain restaurants Denny’s, International House of Pancakes, P.F Chang’s, China Bistro and others.)

But fast food chains like McDonald’s are paying employees a higher rate than the minimum wage: its crew member make $8.15 an hour and shift managers $10.05 an hour, according to Indeed.com. Chick-Fil-A also pays its team members $9.71 an hour and kitchen members $11.07 an hour per hour.

Tipped workers experience higher levels of poverty than other employees, as do Tennessee minimum wage workers. Tennessee employment attorneys and labor advocates are fighting to raise the minimum wage.

If you or a loved one have suffered losses in a similar case, please click the link below and your complaint will be sent to a lawyer who may evaluate your claim at no cost or obligation.
Request Legal Help Now