On October 19, 2018, the U.S. Department of Labor announced that Tennessee contractor, Vasquez Drywall, had agreed to pay $103,300 in back wages to workers misclassified as independent contractors and a $2,424 civil penalty. Employment misclassification is rampant in the construction industry in Tennessee and throughout the country. The practice deprives employees of overtime pay, workers compensation insurance and basic workplace safety protections. Undocumented construction workers are particularly at risk because they are unlikely to bring lawsuits or seek other enforcement action to preserve their rights. 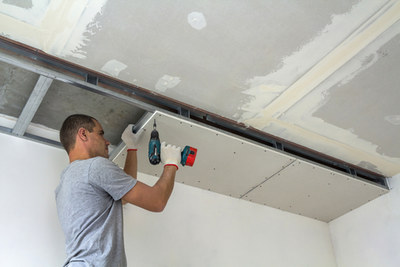 
DOL Wage and Hour Division investigators found that Vazquez Drywall violated the Fair Labor Standards Act's (FLSA) overtime requirements by inaccurately classifying employees as independent contractors and paying them piece rates or flat salaries regardless of whether they worked more than 40 hours a week. The Division also found the employer failed to keep accurate payroll records for these workers. "Even if employees are paid piece rates, or on salaries,” noted Wage and Hour Division District Director Nettie Lewis, “they are typically still due overtime when they work more than 40 hours in a week.”

Since the wage order and fine were the products of a settlement, the details of what actually occurred and how many workers were affected remain unclear. What is clear, however, is that underpayment is a chronic problem in the Tennessee construction industry.

In June 2018, workers brought a federal lawsuit against two subcontractors involved in the construction of a new J.W. Marriott in downtown Nashville. The lawsuit claims that Mr. Drywall and First Class Interiors violated the FLSA by failing to pay workers the federal minimum wage or overtime pay for hours in excess of the normal 40-hour work week. It alleges that the company "willfully filed fraudulent information returns [with the IRS] classifying the plaintiffs as independent contractors rather than employees.”

In 2013 the Nashville Post reported that “[b]ased on estimates the [Tennessee Department of Labor and Workforce Development] provided, there are between 21,990 and 36,680 misclassified and unreported construction industry workers in Tennessee. Misclassified and unreported workers are estimated to range from 11 percent to 22 percent of all workers in the construction industry statewide.”

More recent data suggests that the problem may be more pervasive: “About one-third of construction workers in the U.S. South, an industry where the problem has been long entrenched, were estimated to be misclassified. This number isn’t exceptional, as state-level data shows that from 10% to 20% of employers misclassify at least one employee.”


Misclassified employees often are denied access to critical benefits and protections under federal law, such as the minimum wage, overtime compensation, family and medical leave and safe workplaces. They may also lose out on state unemployment insurance and workers compensation coverage, a form of protection acutely important in dangerous construction jobs. Overall, workers misclassified as independent contractors typically have lower incomes and little economic security. So why do they take the work?

Employers offer the work that way to save on taxes and other costs. Workers accept it because that’s the way the work is offered, and it’s cash. Reliable statistics are hard to find, but some estimate that 5 percent of the US workforce, and 14 to 25 percent of construction workers, are undocumented. Undocumented workers generally have the same wage and hour rights as other workers, including the right to minimum wage and overtime pay. But they may be uninformed or reluctant to seek legal redress.


As well as penalizing underpaid workers, misclassification seems to fuel a dark undercurrent of anti-immigrant sentiment. The following grievance screed is pretty typical. Many have heard similar sentiments:

“[T]hese workers are doing work that U.S. citizens are willing and able to do. In the construction industry, they are hired under the table by unethical contractors who can charge much less for their work because their labor costs are lower. Contractors who follow the law, who document all workers, pay all payroll taxes and worker's compensation insurance, are penalized. This ain't the way it's supposed to be. Legal U.S. workers should have first shot at all jobs.”

Studies also suggest that the federal government loses at least $3-4 billon annually due to employment misclassification, and billions more due to off-the-books cash payments. State estimates in Michigan, Illinois, New York and Ohio indicate that that figure could be much higher.

More TENNESSEE LABOR LAW News
Finally, of course, the employers who get caught, like Vasquez Drywall, may face back pay obligations and other significant penalties. These can include back taxes of as much as 41.5 percent of the contractors’ wages with penalties going back for as long as three years. If the misclassification is found to be intentional, the IRS can seek a criminal conviction with up to a year in jail and a fine as high as $500,000 for a corporation. There’s pain all around.

Vasquez Drywall is just a recent example of a pervasive problem with far-reaching consequences. Employment misclassification may produce limited benefits for employers and workers in the short term. In the long run, though, the pernicious effects may outweigh the benefits for all involved.