The Ninth Circuit gives green light to consolidated labor violation lawsuits (which could trickle down to overtime issues) filed by servers and bartenders who said employers, including a Tennessee-based chain restaurant, underpaid them for non-tipped task

The Ninth Circuit gave the green light last month for bartenders and servers to sue restaurants--including a Tennessee based chain-- for allegedly underpaying them regarding tipping, a violation of the federal and Tennessee labor law. The cases were consolidated on appeal as Marsh v. J. Alexander’s and remanded for further proceedings. 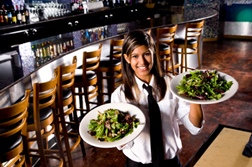 Alec Marsh, a former server at the Tennessee-based chain J. Alexander’s, claimed the restaurant took his tips, paid reduced wages and treated him as a tipped employee when he performed tasks unrelated to serving and bartending. Thirteen former server and bartenders made similar claims in separate lawsuits filed against chain restaurants Denny’s, International House of Pancakes, P.F Chang’s, China Bistro and others.


On Sept 18, 2018, U.S Circuit Judge Richard Paez said the Labor Department regulations prohibit employers from taking tip credits for non-tipped tasks performed by tipped workers. This ruling is likely of great interest to the hospitality industry as it allows workers to pursue claims that they were owed the full minimum wage for time spent performing non-tipped tasks ---such as washing dishes, cleaning toilets or food prep-- unrelated to their tipped occupations.

It also means that plaintiffs can go ahead with claims regarding non-incidental tasks related to serving or bartending, such as hours spent cleaning and maintaining soft drink dispensers in excess of 20 percent of the workweek. But which duties count toward this 20 percent threshold is ambiguous. For instance, bartenders wash glasses and servers almost always perform some light cleaning duties…

On Glassdoor.com (a website where employees and former employees anonymously review companies and their management) a server at J. Alexander’s said she makes less than minimum wage on a lunch shift. “You'll spend one hour serving and three or more hours doing work such as cleaning the dish pit… cleaning candle holders etc.” A bartender said they have to “ring in all employee food, which takes up time, and we had to tip out on it –they don’t pay wages that you were promised.”


Tipping History and the FLSA


“It is important to remember that Fair Labor Standards Act (FLSA) was enacted in 1938, during the depression, to encourage full employment by having a hybrid job that reduced the number of full time employees,” says Crone. Concerned that the price of American development was the exploitation of an entire class of low-income workers, President Roosevelt declared that, “The test of our progress is not whether we add more to the abundance of those who have much; it is whether we provide enough for those who have too little.”

More CASH AMERICA OVERTIME News
“J Alexander’s was using its bartenders for different jobs, such as food prep but they were still getting paid $2.13 per hour,” says Crone,” so the employer has to make up $5 to make up the minimum wage. But the courts see it, irrespective of what you get per hour, are you getting minimum wage at the end of the week?“

Crone illustrates his point: “If I work Monday and Tuesday and make $500 in tips, Wednesday and Thursday I will get $21.3 per hour washing dishes because I got $500 at the beginning of the week, which is not a violation of the Tennessee labor code.” In this scenario, you could also get fired if you refuse to wash dishes.

According to its website J. Alexander’s Holdings, Inc., based in Nashville, TN. , currently operates 44 restaurant locations across 15 states, and has over 2700 employees.

Posted by
Marcus Rodgers
on November 19, 2018
I worked at j Alexander's for over 3 years I would have to get there very early in the morning to open the store and then after guests leave at night do the same thing stay late nights to close down to store. I have always thought that there should have been more pay to the employee which is me for this situation where I was clocking in as a server but did not take a table for sometimes 3 hours. I believe I should be part of this case as well.