News anchor Demetria Kalodimos, who had repeatedly been named the Best Local Reporter and Best Local TV News Personality by the readers of the Nashville Scene, was abruptly fired by WSMV, Channel 4 on December 4, 2017. On November 27, 2018, she filed an employment lawsuit in the Middle District of Tennessee, alleging violations of the federal Age Discrimination in Employment Act (ADEA), the Tennessee Human Rights Act and Disability Act and Tennessee common law. Allegations concerning violations of the federal Civil Rights Act of 1964 are expected to follow. 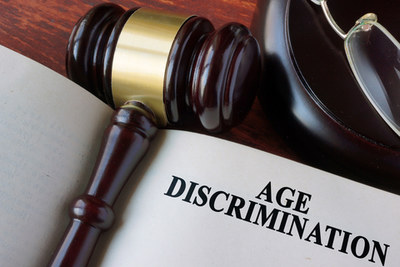 Her termination, at the age of 58, was the latest chapter in long history of workplace harassment that ran the gamut from petty slights to public humiliation. A week before she was fired she was named as a witness in a discrimination lawsuit brought by three former employees of the station. She was sacked via letter left at the reception desk.

Pushing Her out the Door


Kalodimos began her reporting career at Channel 4 in 1984, where she remained for nearly 34 years. At the time of her termination, she anchored the 6:00 pm news program and was actively working on an investigative story about private prison operator CoreCivic. In addition to local accolades, she had received the nationally-recognized Investigative Reporters and Editors Award three times, including in 2018. Her internal performance reviews were positive. She had indicated no intention of retiring, and was in active contract negotiations at the time she was fired.

Nonetheless, she was told that her title of “Senior Editor” was meaningless and that she should not expect to continue to have final say about the quality, accuracy and style of her anchor copy. Her office space was downgraded to a public location, while younger on-air personalities were rewarded with private offices. She was publicly berated for failing to attract viewership. She was excluded from relevant planning meetings and was the subject of rumors about her impending retirement.

For several years prior to her termination, Kalodimos had advocated for older on-air personalities and women, including younger women trying to navigate what the Complaint describes as a “culture of bias.” She communicated her concerns to management by letter on several occasions and ultimately reported allegations of discrimination to the Equal Employment Opportunity Commission (EEOC). Her co-workers recognized her advocacy for them. Several former employees called her as a witness in a discrimination lawsuit to which she was not a party.


A great deal of the law that will ultimately apply in this case is federal. ADEA protects certain applicants and employees 40 years of age and older from discrimination on the basis of age in hiring, promotion, discharge, compensation, or terms, conditions or privileges of employment. It is enforced by the EEOC.

Title VII of the Civil Rights Act makes it unlawful for an employer to discriminate against any individual with respect to compensation, terms, conditions, or privileges of employment, because of the individual’s race, color, religion, sex, or national origin.

In general, the Tennessee Human Rights Act and Disability Act offers similar protections as the federal laws. Employers may not discriminate against employees or prospective employees on the basis of race, sex, age, religion, color, national origin, or disability. Together, the allegations under all three of these statutes focus on Channel 4’s actions in:

• reducing Kalodimos’s role and influence in the final years of her employment;
• targeting her with age-motivated ridicule, public berating, and criticism;
• creating a hostile work environment;
• treating her differently than male peers of the same age;
• making derogatory statements about her age;
• spreading false statements about Ms. Kalodimos’s plans for retirement;
• replacing her with a younger anchor with fewer qualifications;
• failing to take reasonable and adequate steps to prevent and correct her complaints of age discrimination; and
• retaliating against her for her actions designed to reduce incidence of discriminatory conduct.

The additional allegations under Tennessee common law are tort claims relating to the intentional infliction of emotional distress.

A Problem Hiding in Plain Sight

More TENNESSEE WAGE & HOUR News
“Age discrimination is an open secret like sexual harassment was until recently,”said Victoria Lipnic, the acting chair of the EEOC. “Everybody knows it’s happening.”

For women, especially those in public roles, the problem may be especially acute because of age and gender stereotyping. As far back as 2012, news coverage focused on the particular plight of female television news anchors.

Will Kalodimos’s lawsuit rectify the situation overnight? Probably not, but it may address the damage it has done to her career. It may also provide strength and encouragement to other workers who find themselves in similar situations.