The Associated Press has released an in-depth report that alleges that Seroquel is being widely prescribed "off-label" -- where the drug's safety and effectiveness have not been proven -- to prisoners. In addition, Bloomberg Media reports that the elderly are increasingly being prescribed Seroquel off-label.

Health advocates are deeply concerned because of Seroquel's alleged link to diabetes and other health risks. 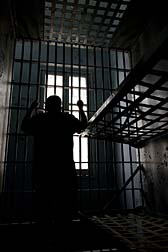 "Overprescribed" and Unsafe
Drugs like Seroquel are often prescribed off-label in prisons and in homes for the elderly. Mental health expert Dr. Terry Kupers, a California psychiatrist, said that drugs are often prescribed in these situations "to quiet people down. ... They're over-prescribed for people who are not psychotic but who are not sleeping or who are causing disruptions in the prisons," he said.

Vermont Department of Corrections records obtained through a freedom of information request by the AP reveal that at one prison Seroquel was prescribed for more than 20 percent of inmates, even though fewer inmates were categorized as "seriously mentally ill." At another state prison, nearly 1/3 of its inmates were taking Seroquel. $1.76 million was spent by the state on drugs for prisoners last year.

Diabetes Link
One 34-year-old former prisoner, who was released last year, said he was diagnosed with diabetes after being put on Seroquel while behind bars.

"No one in my family has ever had diabetes," said the man, who asked that his name not be used because he fears retaliation for speaking out.

Seroquel has allegedly been linked to increased incidence of diabetes and other blood sugar disorders such as hyperglycemia. Patients taking Seroquel have been shown to have more than three times as many cases of diabetes as those taking older antipsychotic drugs. This applies to patients who are prescribed the drug either for its intended purposes or off-label.

Hyperglycemia and high blood sugar can lead to coma or death through dehydration, kidney failure, and cardiovascular disease. The elderly and those with compromised health are at the greatest risk.

Drug Provides a "Buzz"
Vermont Department of Corrections health director Dr. Susan Wehry has acknowledged the problem and risks associated with use of Seroquel in prisons. The state has recently begun requiring special permission for prison health providers to prescribe Seroquel.

Many prisoners are using Seroquel for "a little buzz," Wehry said. Indeed, a 2004 study in the American Journal of Psychiatry detailed how inmates feign illness to get Seroquel, which they grind up and snort. According to the Journal, "the drug has a 'street value' and is sometimes referred to simply as 'quell."'

Elderly at Risk
Elderly patients are increasingly being prescribed Seroquel, many times off label, according to Bloomberg Media. Almost half of Seroquel sales in 2006 were for disorders for which AstraZeneca has not gained regulatory approval, according to Datamonitor Plc, a London-based market research firm.

More News
Given the alleged health risks associated with Seroquel, this epidemic of off-label prescription has caused deep concern among health advocates. According to an FDA public health advisory, an analysis involving 5,000 patients found that elderly people who took Seroquel or other drugs in its class had a death rate almost two times higher than those who did not take the drugs.

Big Trouble for Drug Maker
More than 7,000 legal complaints that have been filed federally, and one legal expert estimates that lawsuits could cost AstraZeneca upwards of $10 billion.

Interestingly, AstraZeneca's Chief Financial Officer Jon Symonds has announced he will leave the company at the end of July. In the face of mounting public pressure, perhaps Symonds doesn't want to be left holding the bag.

If you or a loved one has been diagnosed with diabetes while using Seroquel, please contact a lawyer involved in a possible [Seroquel Lawsuit] who will review your case at no cost or obligation.
Request Legal Help Now