Seroquel Side Effects a Weighty Issue

Among the various Seroquel side effects associated with the antipsychotic drug is weight gain—an event that could prove a problem for individuals and patients with existing health issues that might be exacerbated by an increase in weight. Seroquel isn't the only culprit in the atypical antipsychotic class. Others in the class are capable of packing on the pounds. 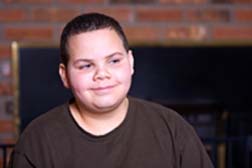 However, according to a November 9th article in Health.com, Seroquel manufacturer AstraZeneca has previously been accused of suppressing data that did not favor its product. Recent lawsuits uncovered an internal e-mail from 1999 in which a manager at AstraZeneca noted that the company had declined to publish or publicize at least three clinical trials involving Seroquel and potential adverse reactions.

In one of the studies, the manufacturer was accused of having "buried" data revealing that 45 percent of the patients who took the drug experienced substantial weight gain—11 pounds in one year, on average. For its part, a spokesperson for AstraZeneca claimed that the study was duly disclosed to the US Food and Drug Administration (FDA) and that Seroquel side effects are included in prescribing information.

The fact remains, however, that Seroquel can introduce to a patient everything from weight gain to Seroquel diabetes. A doctor with the Feinstein Institute for Medical Research in Manhasset, New York, suggested in the November 7th issue of The Baltimore Sun that Seroquel is a "big gun." Dr. Christoph Correll noted that a weeks-long course of the anti-psychotic "can have potential side effects, like weight gain and metabolic issues that could even be associated with diabetes in the future if the medication is continued for longer times."

And even though, as AstraZeneca points out, Seroquel side effects are duly listed on prescribing information, do patients actually note and digest such information? Are they properly counseled by their physicians?

More SEROQUEL News
Health.com tells the story of a 5-year-old girl named Katie. Following a diagnosis of Asperger's syndrome and attention deficit hyperactivity disorder (ADHD), the child was treated with an atypical psychotic—the class of drugs to which Seroquel belongs. While the drug succeeded in quelling the child's tantrums, it also made her ravenously hungry. In the space of one month, the kindergarten pupil gained about five pounds. Within the year she gained another 15.

Even discounting the potential for adverse reactions such as Seroquel hyperglycemia, tardive dyskinesia or even birth defects, weight gain associated with long-term use of Seroquel can have lasting effects on a patient. As most know, the longer the weight gain is an issue, the harder it is to bring it under control.