Last month Johnson & Johnson was ordered to pay $18 million because it caused health care providers to submit false claims to Medicare and other federal health care programs. The device in question is a sinus spacer product, but it’s almost a repeat performance of J&J’s Risperdal claims and subsequent settlement. 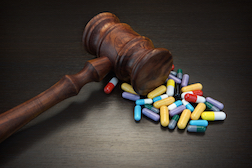 Three years ago J&J was ordered to pay more than $2.2 billion to the US government to resolve claims that included off-label marketing of Risperdal and kickbacks to doctors and pharmacists. That settlement is the third-largest settlement in US history, topped by GSK’s $3billion and Pfizer’s $2.3 billion. All three pharmaceutical companies were charged with off-label promotion.

Off-label promotion of a drug like Risperdal or a medical device like Relieva Stratus MicroFlow Spacer (the sinus spacer product) obviously means huge profits for J&J. How else could they continue to pay out exorbitant fines? It’s also mind-boggling, how they continually put profits before patients.

J&J bought Acclarent-- the maker of the sinus product—in 2010. Shifting the blame, J&J said the alleged wrong-doing took place before it bought Acclarent in 2006 and it now has in place tighter compliance controls. But J&J was in control when Melayna Lokosky, a sales rep at Acclarent, filed a whistleblower lawsuit in 2011, which led the Department of Justice to recover the $18 million.

And same goes for the colossal Rispderdal settlement. It too was prompted by a whistleblower, a sales rep at Janssen Pharmaceuticals, which is a J&J subsidiary. Victoria Starr was pressured to sell Risperdal off-label to the elderly for issues such as dementia and to young children with mental-health problems, neither of which was approved by the FDA. But it took a decade for the FDA to act. Starr’s attorney, Gary Farmer, likened the US government to a “cruise ship rather than a sports car”. He told LawyersandSettlements that “Companies will do unscrupulous things in the quest for profit…A serious problem arises when they put sales before safety.”

But J&J had many years to profit and harm patients before it got busted.

More RISPERDAL News
The civil settlement with Acclarent stems from the lawsuit filed in the District of Massachusetts and is Melayna Lokosky v. Acclarent, Inc. Whistleblower Lokosky will receive about $3.5 million from the settlement.

According to mycentraljersey.com (part of USA Today network), J&J Chief Executive Officer Alex Gorsky said, “Our goal … is to grow above (the) market overall” and the company is looking at other areas of interest in medical devices including the “vision care area,” where Johnson and Johnson has “a very strong contact lens platform,” and that “there's opportunities, be it back of the eye, surgery and other spaces, that business could be augmented.”

You can’t help but wonder which J&J drug or medical device will get the whistle blown next. Perhaps it will be in the eye-care department.

Click to learn more about LawyersandSettlements.com
LawyersandSettlements.com - A trusted, independent legal news provider bringing quality news and information on legal cases and lawsuits filed in the United States of America to its readers since 2002. Over 650,000 legal help requests including Drugs & Medical Cases, Defective Product Cases, and Whistleblower Cases have been forwarded to lawyers all across to the country.