Has J&J Lost Its Way?

Johnson & Johnson Slammed With $8B In Damages In Philly Risperdal Lawsuit, for putting profits above safety and patients, says Plaintiffs’ attorney.

One of thousands of Risperdal cases pending in the Philadelphia court system has resulted in a whopping $8 billion in damages awarded to a single plaintiff who claimed he developed breasts, a condition known as gynecomastia. Plaintiff Nicholas Murray’s lawyers told the jury following the verdict that, “Johnson and Johnson is a company which has lost its way.” 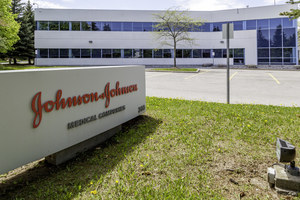 “This jury, as have other juries in other litigations, once again imposed punitive damages on a corporation that valued profits over safety and profits over patients,” Murray’s lawyers said in a statement to The Washington Post. “Johnson & Johnson and Janssen chose billions over children.”

The unusually high amount of punitive damages was more about sending a message to the pharmaceutical company and would likely be lowered on appeal, Carl Tobias, a law professor at the University of Richmond, told Reuters.


Several Risperdal gynecomastia cases have been settled in Philadelphia prior to trial. In 2017, Janssen settled with plaintiff Zachary Sabol, who filed in the Philadelphia Court of Common Pleas in April 2013. Sabol alleged he grew male breasts after having been prescribed Risperdal for ten years.

According to J&J’s SEC filings in June 2019, 13,400 people have filed Risperdal complaints. The Washington Post reported that those lawsuits were initially limited to compensatory damages only. But an appeals court then allowed the jury to award punitive damages as well, which opened the door to this ruling — and potentially opened the floodgates to thousands of similar Risperdal gynecomastia cases.


Nicholas Murray was just nine years old when he was prescribed Risperdal off-label to treat sleeping troubles associated with his autism. Despite the FDA not approving for use in children the antipsychotic drug that is used to treat schizophrenia, bipolar disorder and irritability associated with autism, at least two of Murray’s pediatricians said it would help his sleeping problems. (Risperdal was approved for use in children in 2006; Murray was prescribed the drug in 2003.)

In 2016 a $124 million settlement ended nine years of litigation against Ortho-McNeil-Janssen Pharmaceuticals. The company agreed to pay the settlement to end allegations it illegally promoted the anti-psychotic prescription drug for off-label uses. According to the lawsuit, Ortho-McNeil-Janssen employed aggressive marketing techniques to persuade doctors to prescribe the drug to their patients, including children with disabilities and elderly dementia patients. (Janssen Pharmaceuticals, a subsidiary of Johnson & Johnson, developed Risperdal and it was approved by the FDA in 1993 for the treatment of schizophrenia in adults.) And J&J in 2013 agreed to pay $2.2 billion to settle a federal off-label marketing probe over Risperdal.

More RISPERDAL News
Since 2006, Risperdal has been linked to a gynecomastia, the abnormal enlargement of breast tissue in males and non-curable. Despite a clinical study at Duke University that showed a link with Risperdal and gynecomastia, the FDA approved the drug for treatment of schizophrenia in children and bipolar disorder in both children and adults in 2007.

Attorneys for Nicholas Murray argued that Johnson and Johnson marketed the drug without warning patients enough about its link to gynecomastia. Clearly, the jury was convinced that J&J overstepped its bounds in marketing the powerful drug. J&J says the verdict is “grossly disproportionate” to the jury's initial compensatory damages award of $680,000 and are a “clear violation of due process.” But however low the appeal amount, J&J has got to be hurting for “losing its way”.

Click to learn more about LawyersandSettlements.com
LawyersandSettlements.com is an online news and information site for the general public and legal community. As a legal news resource, we have emerged as an independent & trusted voice. We provide detailed and quality information on various lawsuits filed including Drugs & Medical Cases, Consumer Frauds, and Defective Product Cases.