As principles with Janssen Pharmaceuticals continued to maintain that pre-trial Risperdal settlements are one-offs and not an indication of any emerging strategy, Janssen nonetheless settled a Risperdal lawsuit Friday before what would have been the seventh Risperdal gynecomastia trial had a chance to start. 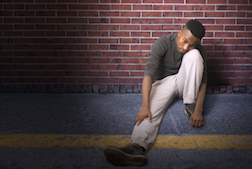 Plaintiffs have won four of seven Risperdal trials thus far, with the defendant victorious in two of them. Janssen earned a defense verdict in March, 2015 followed by what has been described as a rare dismissal mid-trial this past December, after a judge found insufficient evidence of causation submitted by the plaintiffs in the sixth Risperdal trial.

There are still about 2,300 Risperdal side effects lawsuits in the mass tort judicial pipeline housed at Philadelphia.

Risperdal and growing male breasts has been an issue reverberating through the headlines following numerous reports of men and adolescents growing male breast tissue (gynecomastia) while taking the anti-psychotic drug, prescribed for various conditions in adults, and autism in adolescents.

The plaintiff in the Risperdal lawsuit is Zachary Sabol, who filed in the Philadelphia Court of Common Pleas in April 2013. Sabol alleged he grew male breasts after having been prescribed Risperdal for ten years.

The US Food and Drug Administration (FDA) approved Risperdal in October, 2006 and eventually mandated a label change to warn of a potential 2.3 percent chance for Risperdal gynecomastia in adolescents.

More RISPERDAL News
Sabol countered that he was prescribed Risperdal by his doctor before the FDA approved Risperdal for use in adolescents. Medical doctors have the authority to prescribe drugs off-label (in other words, for uses not approved by the FDA) if it is felt the patient would benefit. At the time Sabol was prescribed Risperdal, risperidone was associated with only a rare occurrence of gynecomastia with fewer than one, in 1,000 patients affected.

The trial was scheduled to begin January 9. Three days prior, on January 6 the confidential settlement was announced.

Posted by
Gilliam
on January 28, 2017
I want 75million that should cover all losses due to me and my son and my family. Thank you.
Posted by
gil sampson
on January 15, 2017
Veterans admin claimed I was bi polar and gave me the Risperdone, making my breast grow and secret white matter.
I am embarassed and shocked my beloved VA medical would do this to me.
I filed a claim years ago and my status is unclear. I am supposed to have legal rep. in Wagstaff, out of Denver colorado.
I have not heard from them for over a year. Am I still protected in my rights? I'm 65 now and battling cancer and sepsis.