GlaxoSmithKline, the pharmaceutical company that makes the antidepressant Paxil, has agreed to settle nearly 200 cases brought by plaintiffs who allege that their use of the drug during pregnancy caused their children to be born with birth defects. The cases, all scheduled to go to trial, have been settled pre-trial for undisclosed sums. 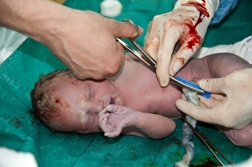 The Kilker case is among the 200 being settled. One of the lawyers for the Paxil pregnancy mass tort program estimates there may be up to 100 more cases that have been settled, including cases that are not yet filed.
READ ABOUT paxil birth defects LAWSUITS