Weighing the Pros and Cons of Paxil

It is well known that certain chemicals affect a fetus, which is why pregnant women are discouraged from smoking or drinking. What is less certain, however, is what effect antidepressant use during pregnancy has on the fetus and what the risk of Paxil birth defects or Paxil side effects in the infant is. Paxil lawsuits were filed, and many have reportedly been settled, but the science—and the US Food and Drug Administration's stance on the issue—is more complicated.
Read [ Weighing the Pros and Cons of Paxil ] 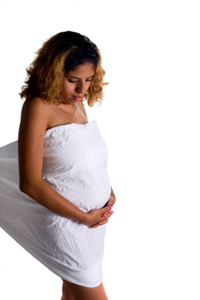 For women with depression who are also pregnant, there may be no easy answer to the question of whether or not to risk Paxil side effects by taking the antidepressant while pregnant. Although some studies indicate a risk of Paxil birth defects, including Paxil PPHN (persistent pulmonary hypertension of the newborn), there is also a risk of having untreated depression while pregnant, and the US Food and Drug Administration (FDA) recently revised its stance on antidepressant use during pregnancy.
Read [ More Possible Paxil Side Effects Come to Light ]

Paxil Side Effects the Ultimate Catch 22

Paxil appears to be among those drugs that might qualify under "damned-if-you-do, damned-if-you-don't" status. Paxil side effects are many and varied, serving as a trigger for many a Paxil lawsuit. And yet, in spite of continued warnings by the US Food and Drug Administration (FDA) that link the antidepressant to such adverse reactions as birth defects, proponents continue to sing its praises and the debate continues…
Read [ Paxil Side Effects the Ultimate Catch 22 ]

The US Food and Drug Administration (FDA) has once again issued information about Paxil side effects and the side effects of similar antidepressants, although the new information says that studies about antidepressant use during pregnancy are contradictory. Some studies suggest an increased risk of Paxil birth defects and Paxil heart defects when expectant mothers use Paxil and other Selective Serotonin Reuptake Inhibitors (SSRIs) but others have not found such a link.
Read [ FDA Issues Information about Reported Paxil Side Effects ]

Coming Out from the Shadow of Paxil Birth Defects

Anyone sitting on the fence over whether or not to go after GlaxoSmithKline (Glaxo) over Paxil side effects need only contemplate the reported $3 billion that Glaxo has agreed in principal to pay, in order to settle charges of off-label marketing and fraud.
Read [ Coming Out from the Shadow of Paxil Birth Defects ]

GlaxoSmithKline, maker of Paxil and Avandia is reportedly set to pay approximately $3 billion to settle investigations into the company's marketing of certain drugs. Among allegations are that the company marketed drugs for unapproved uses and hid the risk of Paxil side effects. GlaxoSmithKline has faced many lawsuits in recent years regarding Paxil side effects, including lawsuits alleging Paxil birth defects.
Read [ GlaxoSmithKline to Pay $3 Billion to Settle Paxil, Avandia Investigations ]

Given the facts that one in 10 women will suffer from depression during her pregnancy or the postpartum period, that the antidepressant drug Paxil sales reached $1 billion in 2007, and Paxil has been linked to birth defects, it's no wonder that Paxil birth defects lawsuits are growing.
Read [ Paxil Birth Defects Lawsuits Growing ]

Study Suggests Lexapro Side Effects May Include Increased Bleeding

A new study found that heart attack patients who take both selective serotonin reuptake inhibitor (SSRI) antidepressants and antiplatelet drugs could have a higher risk for bleeding, highlighting some of the potential Lexapro side effects, according to HealthDay.
Read [ Study Suggests Lexapro Side Effects May Include Increased Bleeding ]

Weighing the Benefits and Risks of Lexapro Birth Defects

Since at least 2009, research has shown that all SSRIs—and that includes Lexapro—put developing infants at risk for a wide range of birth defects and serious illnesses after birth. Lexapro is now considered a pregnancy Category C medication, meaning the antidepressant may not be safe to use during pregnancy. Yet it takes some searching on the manufacturer's website to find any Lexapro birth defect warnings.
Read [ Weighing the Benefits and Risks of Lexapro Birth Defects ]