Study Reveals Doctors Not Told About Serious Drug Side Effects

While drug companies do not have the moral, ethical or legal authority to promote drugs off-label for uses for which they are not indicated, doctors can, and do. That’s because a doctor’s knowledge and training allows the physician to assess the needs of a patient against the monographic and other formulaic information associated with a specific drug, and prescribe the medication for an indication not sanctioned by the US Food and Drug Administration (FDA) or Health Canada. 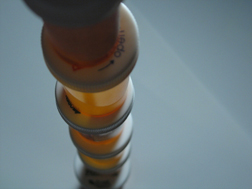 However, a new international study undertaken by the University of British Columbia (UBC) has found that doctors rarely get the full complement of drug side effects when pharmaceutical reps visit to promote new and emerging drugs.

In some cases, the worst potential side effects of potentially harmful drugs are never articulated to the doctor.

The study, published in the Journal of Internal Medicine (4/11/13), polled more than 250 doctors in three countries. Physicians in Vancouver; Montreal; Sacramento, California; and Toulouse, France were surveyed following each sales call by a Big Pharma rep involving 1,700 drug promotions spanning the 13 months between May 2009 and June 2010.

In more than half the cases, according to the UBC study, doctors were not told of common or even serious drug side effects. Unless the doctor involved did his or her own due diligence before prescribing the drug, the patient could potentially be put in harm’s way due to a lack of information.

Of the four cities, according to The Vancouver Sun (4/11/13), Vancouver had the highest rate, with 66 percent of doctors finding that pharma reps had failed to disclose serious drug side effects.

Overall, Toulouse was found to have the least number of incidents involving an information vacuum. That’s due in part, say health care pundits, of more tightly regulated and policed pharmaceutical marketing policies in France.

In comparison, Canada and the US fared far worse.

It remains the responsibility of pharmaceutical manufacturers, as well as medical device companies, to divulge any and all aspects of a drug or medical device to a doctor or surgeon. That includes equal signature given to benefits, as well as risks.

Not only is it important to the patient, it’s also morally and ethically important to a doctor, who more often than not takes the health and well-being of a patient into his hands with a simple flourish of a scribble on a prescription pad. Such information is also important to ward against the proliferation of harmful drugs and defective medical products.

And yet, according to the study, only six percent of drug pitches to doctors included the potential for serious harm, or even death, through the use of such products.

Shelly Ross, president of the BC Medical Association, was surprised at the findings and noted that pharmaceutical reps risk losing the trust of their client doctors by not disclosing all pertinent information related to drugs or medical devices.

“I’ve seen hundreds of reps in my time and you often have a relationship for years and years,” said Ross, in comments to The Vancouver Sun. “They know not to try something like that, because if you can’t trust them they never get another visit.”

And yet, it’s happening - and the important role undertaken by pharma reps in the process, and the dropping of the ball on the part of most, is a serious concern to Dr. Tom Perry, an internal medicine and clinical pharmacology specialist at the UBC Hospital in Vancouver, who was not part of the study.

More DRUGS/DEVICES News
“Doctors learn relatively little about drugs in medical school, and much of their exposure to pharmacology after graduation may be in the form of advertising,” Perry told The Vancouver Sun. “If they are unaware of the potential harms from drugs they prescribe, patients inevitably suffer the consequences.”

There have been prior cases where defective medical devices have not been identified as such by sales and marketing representatives, and drug defects have gone undetected by doctors due to a lack of information from pharmaceutical reps that doctors rely upon for accurate information.

Sadly, it is the patient who suffers from drug side effects or becomes caught in the crosshairs of medical device safety, all due to a sales representative more interested in the sale than someone’s well-being. As always, it is patient beware…

If you or a loved one have suffered losses in this case, please click the link below and your complaint will be sent to a drugs & medical lawyer who may evaluate your DRUGS/DEVICES claim at no cost or obligation.
Request Legal Help Now

Posted by
Constance Archer
on April 14, 2013
Sometimes the consequences will leave your mind in shock and it takes time to come out of shock before you will face the truth. Prescription drugs can cause cronic disease.