Weighing the Pros and Cons of Paxil

It is well known that certain chemicals affect a fetus, which is why pregnant women are discouraged from smoking or drinking. What is less certain, however, is what effect antidepressant use during pregnancy has on the fetus and what the risk of Paxil birth defects or Paxil side effects in the infant is. Paxil lawsuits were filed, and many have reportedly been settled, but the science—and the US Food and Drug Administration's stance on the issue—is more complicated. 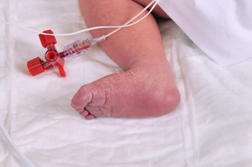 Paxil and other selective serotonin reuptake inhibitors (SSRIs) are antidepressants used to treat depression and other major mood disorders. Whether they should be taken during pregnancy or not is up for some discussion, recognizing that there is risk to the infant when the mother has untreated depression.

The US Food and Drug Administration (FDA) initially warned about the use of SSRI antidepressants while pregnant, noting that there is the potential for harm to the fetus when exposed to the medications. In December 2011, however, the FDA retreated from the stance somewhat, saying that any connection between the use of an SSRI while pregnant and the development of persistent pulmonary hypertension of the newborn (PPHN) was premature.

Since the FDA revised its stance on the use of SSRI medications while pregnant, a new study was released and backs up claims that SSRIs are linked to birth defects. The study, published online in the British Medical Journal, found that filling a prescription for an SSRI early in pregnancy or taking an SSRI during the second half of pregnancy increased the risk of having a baby born with PPHN by up to two times. Because the study was observational, however, researchers indicated that more studies should be done before any conclusions can be drawn.

While more studies are conducted, women are left to wonder whether the risk to their fetus is worth the benefits of taking an SSRI such as Paxil while pregnant.