Oxycontin: A Recovering Addict Speaks Out

"At first it just made me feel better, painwise," says Richard Dorn (not his real name). "but after a while I had to have it." Lawsuits across the country are alleging that OxyContin's maker knew or ought to have known that ingesting Oxycontin leads to drug dependency and addiction.

"If that's the case, it's a shame," says Richard, who knows firsthand about Oxycontin addiction. "Unfortunately, some drug companies are just out there to make money." 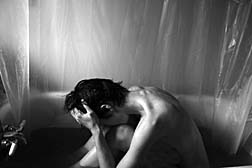 Prescribed After Surgery
After knee surgery, Richard's doctor prescribed 20 mg of Oxycontin two times per day. But by the time Richard decided to "quit cold turkey," his doctor was prescribing Richard 380 mg. of Oxycontin, three times per day.

"I don't even drink. I couldn't believe what had happened to me," he recalls.

"The pain would come back, and I'd have to take more. Some weeks I'd end up 'short' at the end of the week, and I'd get irritable with my kids, with my wife. The physical effects are drastic. It caused major strain in my marriage.

"What psychological effect did the drug have on me? It's like I wasn't there. I can't think of another way to describe it."

Quitting Cold Turkey
Because drug addiction wasn't covered under David's insurance plan, he decided to quit cold turkey, at home. "It was hell," he says. "It was very painful. It's a good thing my wife and kids were at school and work all day. I pretty much went through it alone.

"My doctor prescribed me something for night sweats, that was about it. He called it a 'dependency.' Well that's the same thing as an addiction."

David's doctor has since left his practice.

"My new doctor is on top of it. He wouldn't consider prescribing me Oxycontin."

David recently had both of his knees replaced due to degenerative arthritis. After the surgery, "I suffered horribly. There was nothing they could give me for the pain."

"I'm basically immune to painkillers now. I'm scheduled to have surgery on my shoulder and because of my arthritis there is more surgery in my future. But I can take enough percocet [another painkiller] to knock out an elephant and it doesn't make a dent in the pain."

"From what I read, there's nothing that will really change that," says David, who is researching alternative pain therapies and regularly attends a pain management clinic for his condition.

To all users of Oxycontin, David has this advice: "Get off Oxycontin. Get some help to wean off it, as soon as possible."

If you or a loved one have experienced Oxycontin addiction, you may wish to speak to a lawyer to discuss your legal options. Purdue Pharma and three executives have recently admitted to charges of misbranding and will pay $634.5 million in fines, and there are more class action lawsuits on the way.

If you or a loved one has become addicted to Oxycontin, please contact a lawyer involved in the [OxyContin, Canada Lawsuit] who will review your case at no cost or obligation.
Request Legal Help Now

Posted by
Gord Kirk
on April 4, 2016
The above comment was over 5 years ago. Is there any up-to-date information with respect to the proceedings in Canada? My life, too was devastated by this insidious drug and I continue in life barely holding on to such diminished quality of life that hardly seems worth it.
I know that some of the Executives were found guilty of felony PURGERY and were ordered to pay just over 1/2 a billion dollars. What's happening with that? Was that decision appealed? Did they go to jail? There just isn't any current information any where that I can find.
Is there some sort of cover-up going on with this?Did these guys get a walk like the bankers in 2008; while paying themselves bonuses at the end of the year.
This drug has devasted a vast number of people from all walks of life because they became addicted, through no fault of their own because the doctors thought it was safe and non-addicted; they even had the promotional materials from the Drug Reps and also the Drug Reps assurances that oxycontin was fine.
This has got to be one of the biggest lies ever told by a Drug Company.
I heard in the news last week that they are debating the possibility of providing "safe injection sites" in the city of Toronto, similar to the ones' that have been up & running in Vancouver for years: with great success. It serves as a facility that helps in the reduction of diseases related to the sharing of needles and also in the number of overdoses. A great number of people turned to using HEROIN when oxycontin was either unavailable or had become unaffordable, however in the early years just after the introduction of Oxycontin, it's abuse was higher than that of heroin.
In North America there have been thousands of deaths, a percentage of them too young and hundreds of thousands of families that had or have someone that struggles with this problem everyday.
I can only hope that when the courts start to deal with the Canadian cases that they send a strong and resounding message to all the Pharmacutical Companies.

Posted by
Debra Little
on January 19, 2015
I was married to a wonderful man for 37 yrs, great father, husband and provider. In 2000, after having back surgery, he was prescribed Oh continue 40 initially, then 80 mg twice a day. He became depressed, withdrawn from family, friends and no social life at all, he only left home once a month to pick up a prescription for a refl, had a heart attack, gained weight, then he had 2 more back surgeries. My husband changed tremendously, he started acting mean towards me. I talked to his doctor about his behavior and they asked him to come into the office the next day, want to doctors office, he increased the dosage, OK not good because, that didn't do nothing but made matters worse. My husband became more mean towards me, violent threats, choking me in my sleep - which he said he didn't remember and don't know what happened, then threatened to blow my brains out and then I left our home, which resulted in divorce. The Onycontin turned him into a totally different man, our family was torned apart because of his addiction, he was prescribed Onycontin for about 9-10 yrs. Our Dr - in - law worked in a doctors office, that was doing Suboxone treatments, as an alternative to get people with addictions, he did complete the program after 2 yrs. The manufacturer should be responsible for the breakdown of our marriage and damage to his family and he is still in a depressed state and isolated, alone.
Posted by
pat larson
on March 28, 2011
this stuff should NOT be marketed period!!