Oxycontin (also known as Oxycodone) is a powerful narcotic drug used for the treatment of moderate to severe pain. In Canada it is sold under various trade names, including OxyContin, Supeudol, Endocet and Oxycocet. And it's also known as "hillbilly heroin" due to its popularity in poor regions of the US, where overdoses have claimed more than 100 lives. 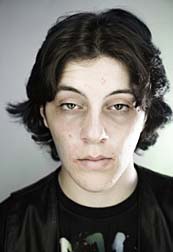 But Oxycontin's overdoses and abuse isn't limited to the US. In the late 1990s, Ontario's Chief Coroner, Dr. Barry McLellan, asked that forensic scientists go back and review death files from people with drug overdoses for the past five years. They found that between 1999 and 2003 there had been between a four- and five-fold increase in deaths where Oxycodone had been detected in the blood of the deceased.

Oxycontin is a pill that operates on a time-release principle, but Hillbilly Heroin is made by crushing the pills and then either injecting or "snorting" the resulting powder.

Oxycontin Damage: A Timeline
In 2000, The USA based Drug Abuse Warning Network (DAWN) reported a 400% increase in oxycodone related deaths, based on medical examiner and coroner reports.

In 2001, Oxycodone abuse was highly publicized throughout North America.

In 2003, the death toll in Canada mounted as 101 people in Ontario alone died with Oxycodone in their systems -- 10 times more than a decade ago.

In January of 2004, the FDA strengthened the warnings and precautions sections in the labeling of OxyContin (oxycodone HCl controlled-release) tablets after many reports of abuse, some resulting in death. In response, Purdue Pharmaceuticals, manufacturer of Oxycontin, issued a warning in the form of a "Dear Healthcare Professional" letter that was distributed to health professionals and the medical community.

In 2005, the CTV news reported a tragic tale about Kyle Blythe, a young man in Ontario whose life spiraled out of control. His doctor prescribed Oxycontin after Blythe suffered tendonitis in his wrist. To make a long story short, Blythe spent about $100,000 getting OxyContin illegally and ruined his life. At one time he had a wife and a house—he wound up moving in with his parents and enrolled in a legal methadone program to withdraw from Oxycontin.

All along, Purdue Pharma claimed that OxyContin, because of its controlled time release formulation, posed a lower threat of abuse and addiction to patients than did traditional, shorter-acting painkillers like Percocet or Vicodin.

And that claim earned them annual sales of $1 billion just a few years after the drug was approved in 1996.

Aggressive sales reps marketed Oxycontin to doctors who had little training in serious pain management or recognizing drug abuse and by 2000, Oxycontin abuse in mainly rural and poor regions of the U.S. was rampant.

Fast forward to May 10th. At a proceeding in a United States District Court in Abingdon VA, both Purdue Pharma and three company executives acknowledged that the company fraudulently marketed OxyContin for six years as a drug that was less prone to abuse, and one that also had fewer narcotic side effects. The company agreed to pay roughly $600 million in fines and other payments. As well, the three executives of Purdue Pharma pleaded guilty to misbranding ( which is a criminal violation) and agreed to $34.5 million in fines -- small potatoes considering the billions in sales Oxycontin earned Purdue Pharma.

If you have been adversely affected by using Oxycontin, you can send your complaint to an [Oxycontin Canada Lawyer] who will evaluate your claim at no charge or obligation.
Request Legal Help Now

Posted by
vincenza
on February 10, 2013
oxy contin has runined two members of my families lives, where sadly one is no longer with us. I think it's the worst drug ever and its should of never been used a prescribed medication in Canada !