LinkedIn will reportedly pay nearly $6 million to settle an overtime pay lawsuit filed by the Labor Department. The Labor Department alleged in its lawsuit that LinkedIn violated overtime laws in the Fair Labor Standards Act by allowing workers to work unpaid overtime. 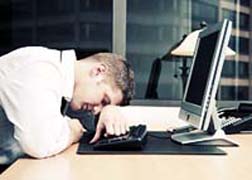 According to the US Department of Labor, LinkedIn will pay $3.3 million in retroactive unpaid overtime and an additional $2.5 million in damages. The settlement covers approximately 360 current and former LinkedIn employees in California, Nebraska, Illinois and New York.

The Labor Department found that LinkedIn did not properly record and pay employees for all hours worked, including overtime hours. As part of the settlement, LinkedIn is required to train employees that they are not allowed to do any work off the clock and will also remind employees about the company’s policy prohibiting retaliation against employees that raise concerns about workplace issues.

“‘Off the clock’ hours are all too common for the American worker,” said Susana Blanco, district director for the Wage and Hour Division in San Francisco. “The Practice harms workers, denies them the wages they have rightfully earned and takes away time with families.”

Under the Fair Labor Standards Act, non-exempt employees must be paid one-and-one-half times their regular rate of pay for hours worked beyond 40 hours in week.

Wage and hour lawsuits, including overtime pay lawsuits, have been in the news recently, with lawsuits filed against The Gap and Major League Baseball.

More CALIFORNIA OVERTIME News
Meanwhile, in a lawsuit filed against The Gap (Tiffany Ino V. The Gap Inc., case No. 3:14-cv-00292, in the US District Court for the Northern District of California, reported on by Gordon Gibb), a judge has allowed some of Ino’s allegations against The Gap to stand. Specifically, the judge allowed claims that The Gap failed to properly pay its non-exempt employees minimum wage and overtime and requiring employees to sometimes work off the clock.

A lawsuit was also filed in California against Major League Baseball, alleging the league has been able to keep the wages of minor league players low - so low that some baseball players allegedly make less than minimum wage. According to the lawsuit, some minor league players make only between $3,000 and $7,500 a year and do not earn overtime despite routinely working more than 50 hours a week.

The baseball lawsuit is Senne et al vs. Officer of the Commissioner of Baseball, et al, Case No. 3:14-cv-00608-JCS, US District Court, Northern District of California.