A federal judge in California recently ruled that a California overtime law complaint would move forward as a state class-action lawsuit, the Wall Street Journal reports. 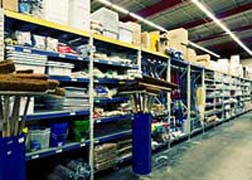 The original lawsuit, which was filed in May 2009 in California Superior Court, alleged that the Washington-based membership warehouse chain locked its employees in the store at the end of their shift until managers finished specific duties, such as emptying cash registers.

More CALIFORNIA OVERTIME News
The plaintiffs have alleged that the company did not pay its employees for the time they were locked in, which would reportedly represent a violation of California wage and hour laws, the news source said.

The plaintiffs added that the lock-in periods typically lasted between 10 and 30 minutes.

According to the California Department of Industrial Relations, any employment beyond eight hours in a workday requires that the employee is compensated for overtime.