An overtime pay laws class action lawsuit in California has concluded with a jury award worth more than $2 million in total damages to be divided up between 11 workers. That translates to individual awards of anywhere between $150,000 and $200,000 per class member according to various criteria. 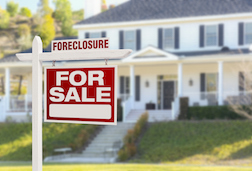 The overtime laws California class action, however, took a unique if not unprecedented path. But more on that, in a moment.

The unpaid overtime dispute involves Field Asset Services Inc. (FAS), a property servicing enterprise that maintains and repairs foreclosed properties and other properties owned through real estate. Some 200 employees of FAS alleged their employer incorrectly classified them as independent contractors and thus, denied them overtime pay and other expenses that were their right as employees.

The overtime pay class action in California was originally filed in 2013. Two years later, in January 2015 the plaintiffs were certified as a class by US District Court Judge William H. Orrick. Class members were referenced as independent contractors having not undertaken tasks for any other entity more than 30 percent of the time. With at least 70 percent of their efforts confined to duties for FAS confirming them as employees of FAS, plaintiffs held they were entitled to overtime pay and other expenses.

The class was confined to California workers undertaking for FAS from January, 2009 going forward.

Here’s where things get interesting.

The defendant moved a petition to decertify the class, but their bid was refused. Instead, Judge Orrick granted the workers partial summary judgement in March of this year and found that the workers were not independent contractors to FAS. As such, the judge found that FAS was indeed liable for the overtime pay and business expenses incurred by the workers according to California overtime law, but did not spell out damages.

Judge Orrick decided to leave the awarding of damages up to a jury.

Upon this development, FAS determined that there would be too great a discrepancy in the amounts of overtime pay and expenses claimed by the various class members (200) to warrant a single jury trial.

Instead, the parties agreed to split things up and hold a series of more individualized jury trials.

More CALIFORNIA OVERTIME News
The first jury trial involved 11 class members, at which the jury awarded total damages in excess of $2 million earlier this month. The exact amount was not disclosed, and it has not been determined if the award stemming from the first jury trial will be referenced in any, or all subsequent trials. Parties, according to court documents, will now be meeting to establish a structure that will govern how the remaining jury trials will proceed, in order to establish damages in the case for the remaining class members.

The overtime pay laws attorney representing the class participants was pleased with the outcome of the first trial.

The overtime pay laws case is Bowerman et al. v. Field Asset Services Inc., Case No. 3:13-cv-00057, in the US District Court for the District of Northern California.