Retail giant Costco has agreed to settle a Califronia overtime law putative class action in a settlement that is worth $9 million. The lawsuit was brought in April, 2014 and mediation began this past March. 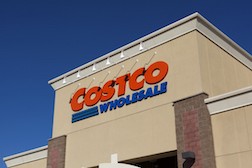 The overtime pay laws settlement was reached before the matter was due to go to trial.

Plaintiffs in the putative overtime pay class action are comprised of pharmacists, and pharmacy managers who allege Costco compelled them to work off the clock by discouraging overtime. Pharmacists who worked shifts alone allege they were compelled to remain at their stations and remain on call during breaks in the event a customer required service, drug dispensation or other needs only a licensed pharmacist is legally and ethically permitted to undertake.

Plaintiffs alleged they were also expected to answer emails and work-related text messages while off the clock.

The plaintiffs also alleged in their unpaid overtime lawsuit that policies observed by Costco discouraged plaintiffs from working overtime. “[T]hus class members felt pressure to work off-the-clock before the start of and after the end of their scheduled shifts and while away from the workplace in order to complete their assigned tasks without facing potential discipline for clocking overtime,” the motion, released June 16, said.

In total, about 1,175 class members comprised of pharmacists and pharmacy managers with a tenure dating back to April, 2010 can expect to receive about $4,900 each, which totals about $5.8 million of the $9 million net settlement. The remainder will go to a collective class alleging violations to the Fair Labor Standards Act (FLSA, about five percent of the total) with legal fees chewing up the remaining $3 million.

More CALIFORNIA OVERTIME News
“This relief – averaging over $4,900 per class member – is particularly impressive when viewed against the difficulties encountered by plaintiffs pursuing wage and hour cases,” plaintiffs’ attorneys said in Friday’s motion. “Moreover, by settling now rather than proceeding to trial, class members will not have to wait (possibly years) for relief, nor will they have to bear the risk of class certification being denied or of defendant prevailing at trial.”

The overtime pay putative class action, which alleged various violations to California overtime law and FLSA, was originally brought by two named plaintiffs working in the San Diego area. However, prior to mediation the plaintiffs were replaced by way of an amended complaint after they refused to sign a memorandum of understanding (despite agreeing verbally) for participation in mediation.

The case is Dittmar v. Costco Wholesale Corp. et al., Case No. 3:14-cv-01156, in the US District Court for the Southern District of California.

Posted by
Brian Weir
on July 2, 2017
Wow. It took more than three years for this to be settled. Meanwhile Costco continued to thumb their noses at federal wage laws.

This "settlement" needed to be ten times larger. What's even more egregious is that the lawyers got nearly half of it.