The proper payment of overtime and allowance for mandated meal and rest periods remains a basic tenet of California labor amidst a basket of rights for employees in the Golden State. And yet, employers continue to violate overtime pay laws and other basic employee rights entrenched in state laws. 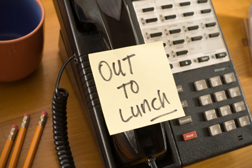 To that end, the incentive pay should have rightly been reflected in a non-exempt employee’s hourly rate for the purposes of computing overtime. Any missed meal breaks and rest periods, as mandated by California overtime law, should be associated as extra time worked and thus, qualify for overtime as well.

The class action unpaid overtime lawsuit alleges that not only were all overtime hours not properly compensated, but that Interstate-RIM did not have a policy in place in order to facilitate the provision of a 30-minute meal period, provided without interruption, prior to the 5th hour of work as mandated by California employment law.

The overtime pay class action identified Interstate-RIM as one of the largest hotel management companies in the US. Ramirez seeks to represent all non-exempt employees who worked for Interstate-RIM at any time during a period beginning four years prior to the date the complaint was filed (June 24, 2016), and ending on a date to be determined by the Court.

According to the unpaid overtime lawsuit, the amount of damages sought is under $5 million.

More CALIFORNIA OVERTIME News
The lawsuit also holds that Interstate-RIM required their non-exempt employees to work off the clock on a consistent basis. The conduct is described as requiring non-exempt employees to clock out, only to be detained for the purposes of answering emails and text messages on behalf of the employer, without benefitting from compensation.

“Defendant’s uniform policy and practice not to pay Plaintiff and other California Class Members for all time worked, including overtime worked, is evidenced by Defendant’s business records,” the lawsuit states.

The complaints include unfair competition in violation of the California labor code, failure to pay all overtime wages, failure to provide accurate itemized statements, and failure to reimburse employees for required expenses.

The lawsuit is Nancy Ramirez et al v. Interstate-RIM Management Company, LLC, Case No. BC624979, filed June 24 of this year in the Superior Court of the State of California, in and for the County of Los Angeles.