It’s been a long time coming, but after 15 months of litigation, an overtime pay laws class action has been given the green light by a federal judge in Santa Ana. The overtime pay lawsuit seeks damages from Zillow, the online real estate entity founded a decade ago, for alleged violations with regard to working hours, missed meal breaks and rest periods, and unpaid overtime. 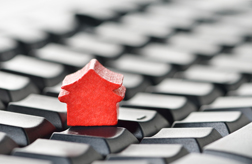 The overtime pay lawsuit was brought in 2014 by plaintiff Ian Freeman, a former employee of Zillow at its facility in Irvine. According to the Orange County Register (2/27/16), Freeman alleges that Zillow made a habit of pressuring its employees into arriving at work before their scheduled start time. It is also alleged that Zillow further pressed employees to work through their breaks and also pressured employees into working beyond the scheduled end time of their shifts, without overtime pay.

Zillow has been variously described as an aggressive, new-age real estate entity that regularly requires its employees to undertake nonstop sales calls during periods of intense activity dubbed as a “wave” or a “blitz.” Freeman’s lawsuit accuses Zillow of pressuring its employees to work through their meal breaks and rest periods while such callout blitzes were taking place.

The unpaid overtime lawsuit also alleges that employee hours were recorded automatically, without regard to the number of hours an employee may have actually worked.

More CALIFORNIA OVERTIME News
Zillow, in the Orange County Register report, denied the accusations and pushed back against the lawsuit, noting that in its view 26 employees were given overtime pay in 2015. However, the minutes of a meeting on February 26 at which Judge Josephine L. Staton granted the application for a class action, stated that there was no evidence that any overtime pay had been provided prior to the initiation of the overtime pay laws class action by the plaintiff. Freeman further maintains that employee hours were routinely recorded prior to him launching his lawsuit.

The report notes that Zillow has been targeted by a collection of recent lawsuits that have alleged a “frat house” atmosphere. There have also been allegations of sexual, racial and age discrimination. The report notes that one former employee claimed that his hearing had been damaged by the loud music and other sources of noise allegedly permeating the workspace.