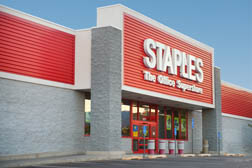 It should be noted that Staples has been down this road before, when the retailer agreed, in 2007, to pay $38 million as part of a settlement over allegations of misclassification of assistant managers as exempt in California.

California overtime law dictates that hourly employees are paid time-and-one-half for every hour worked beyond eight hours in a day or 40 hours in a week. Management, supervisory and other salaried staff are generally exempt from overtime pay - or those who have moved beyond a certain pay threshold where it is deemed that overtime pay is no longer prudent.

However, there are still numerous allegations of incorrect classifications, allegedly to avoid paying overtime to those employees who qualify.

Case in point is plaintiff Fred Wesson, a general manager at a Staples outlet in the state since August 2004. Wesson claims in his putative class action that more than half of the duties he routinely performs during his day are non-managerial in nature, and therefore do not qualify as exempt under overtime laws recognized in the state of California.

In view of the duties Wesson and his proposed class members carry out, Staples - by not paying overtime - is maintaining “a uniform and systematic scheme of wage abuse against their salaried employees in California,” the suit claims.

Even though Wesson is employed as a general manager, he maintains in his unpaid overtime lawsuit that he routinely carries out duties normally expected of non-exempt staff, such as customer service, the stocking of store shelves and even taking out the trash.

What’s more, the title of general manager does not allow for the kinds of tasks and decisions normally expected of a general manager, or so the lawsuit claims. Wesson and his managerial colleagues are not allowed to undertake hiring decisions, nor can they terminate an employee should that become necessary. In sum, general managers at Staples do not have any opportunity to decide on “matters of significance,” as the lawsuit suggests.

Wesson alleges that general managers are denied regular 30-minute meal periods and the 10-minute rest breaks that are normally provided to non-exempt employees.

More CALIFORNIA OVERTIME News
In sum, according to the California overtime law putative class action, general managers employed by Staples have the title, but are given few if any tasks befitting the role and work the majority of their day performing jobs more appropriate for non-exempt staff, without receiving the benefits guaranteed to hourly, non-exempt employees such as overtime pay, and mandated meal and rest periods.

In his overtime pay lawsuit, Wesson seeks to represent all general managers employed by the retailer in the state of California since 2010. He’s seeking unspecified damages in the proposed putative class action against named defendants Staples Inc., and The Office Superstore LLC as well as unnamed individuals.

The lawsuit is Fred Wesson et al. v. Staples Inc. et al., Case No. BC593889, in the Superior Court of the State of California, Los Angeles County.