Overtime Lawsuits in the Sharing Economy

A new wave of California overtime lawsuits is being filed and according to The Wall Street Journal (8/2/15), this time the fight is over the rise of “sharing economy” businesses. Companies that have risen in the sharing economy - such as Lyft and Uber - face overtime lawsuits alleging workers are misclassified as independent contractors, meaning they aren’t eligible for minimum wage, overtime or other benefits. 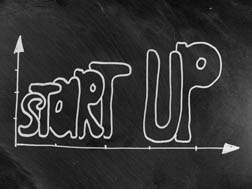 The sharing economy generally refers to a system in which human and physical resources are shared. Airbnb - where homeowners rent out their property to visitors - is one example of a “sharing economy” business. Uber - a ride-sharing service where transportation is organized via a cell phone app - is another example.

Not all sharing economy businesses rely on regular workers to sustain the company. But some do, and in those cases, workers are now filing lawsuits alleging they’ve been misclassified as independent contractors instead of being categorized as employees.

The distinction is an important one - both for the worker and for the company. Employees receive certain protections and benefits, including minimum wage, overtime and workers compensation. Independent contractors have none of those protections - and have to pay for their own expenses - but have more discretion in the work they do, including the ability to determine when and how they work, and how much they charge.

More CALIFORNIA OVERTIME News
For companies, the distinction between independent contractor and employee is costly: employees cost more. But independent contractors have the ability to turn down work if they want or change their pay rates. In most jobs, it’s easy to see the difference; an employee clocks in at the same office every day at 9:00 am, works until lunch break, then comes back and works at the same desk until the end of the day. But in the sharing economy, where hours vary widely, and where the work is mobile and sporadic, the distinction is more difficult to make.

A lawsuit in California against Uber will have repercussions for the industry, with US District Judge Edward M. Chen considering a lawsuit filed by 160,000 California drivers, who argue they should be reimbursed for mileage and tips. Chen will decide whether the lawsuit can proceed as a class action, although he has already indicated that so far he believes the drivers should have been classified as employees.