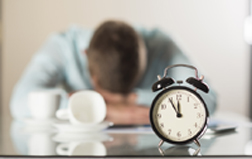 The lawsuit (case number 2:15-cv-03716) was filed by plaintiff Wendell Walton and seeks to represent individuals in “Training Design and Delivery (Instructors),” known collectively as “Training Specialists.” Training Specialists provide training information given by subject matter experts to client systems. These workers, according to the lawsuit (as found in court documents), are misclassified as exempt from overtime pay and were therefore denied proper pay for hours worked in excess of 40 hours in a week.

Walton filed the lawsuit to recover unpaid wages owed to him and other Training Specialists, which the lawsuit estimates numbers more than 100. The lawsuit could be worth more than five million dollars.

The lead plaintiff alleges that as a Senior Training Manager Design, he regularly worked more than 40 hours in a workweek but was not paid for anything above those 40 hours. In addition to not being properly paid for his overtime hours, Walton alleges AT&T failed to keep accurate time records.

The lawsuit further alleges AT&T “intentionally, willfully, and repeatedly engaged in a policy, pattern, and/or practice of violating the FLSA,” including failing to pay Training Specialists overtime wages when they worked more than 40 hours in a workweek; and failing to record and properly compensate for all time worked.

More CALIFORNIA OVERTIME News
“Defendants’ conduct alleged herein has been widespread, repeated, and consistent, and it is contrary to the FLSA,” the lawsuit alleges.

Meanwhile, a lawsuit has reportedly been filed against Wipro by an employee who alleges the company intentionally misclassifies its employees as exempt from overtime pay. According to Business Today (5/15/15), the lawsuit was filed by Suri Payala in the Superior Court of the State of California. It alleges the plaintiff was not paid for overtime and not paid for travel time to outsourced job sites, in violation of California wage and labor laws. The lawsuit seeks to represent any employee who was miscategorized as exempt from overtime pay. In addition to overtime claims, it also alleges violation of California’s Unfair Competition Act.

Wipro reportedly told Business Today that it would fight the allegations.