One of the great sources of conflict in California overtime litigation is whether or not workers are considered employees or independent contractors. And although there are times when the matter is clear-cut, for some workers the issue is hazy and based more on industry history than on any legal definitions. But that division can be costly for workers who allege that as independent contractors they do not receive proper overtime pay and other benefits that regular employees are entitled to. As such, various California overtime lawsuits have been filed alleging workers were misclassified as independent contractors and denied overtime pay, in violation of state and federal laws. 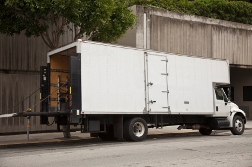 According to Daily Breeze (1/29/15), seven truck drivers filed the lawsuit two years ago against Pacer Cartage, saying they were denied health care, overtime pay and sick leave because they were classified as independent contractors. In agreeing with the truck drivers in this case, Judge Jay Bloom noted that the truck drivers could not set their own prices or rates; could not coordinate date and time of delivery; had to follow Pacer’s rules relating to delivery of items; were required to sublease their trucks through Pacer; had to be on call; had to limit how much they drove each truck per year, or face surcharges; and had to fill out job applications.

More CALIFORNIA OVERTIME News
A major issue in the lawsuit involved ownership of the trucks. Prior to 2009, truck drivers who serviced the ports of Long Beach and Los Angeles could use their own trucks, but changes to emission laws made drivers’ own trucks unusable. Pacer purchased trucks that would be accepted at the ports and then subleased those trucks to the truck drivers.

“The key issue in this case, as noted, is who had control,” the judge wrote. “From the evidence, it appears that Pacer had the control.”

The truck drivers were awarded $2 million in damages for reimbursement of expenses that Pacer deducted from their pay. The judge’s decision could have ramifications for other pending truck driver lawsuits.