A double standard is alleged amongst the ranks of investigators employed by KeyPoint Government Solutions Inc. This, according to an overtime pay lawsuit filed at the end of January in California by a KeyPoint investigator who feels there are potentially thousands of employees misclassified as contractors and thus are owed a ton of money in back pay, benefits and overtime. 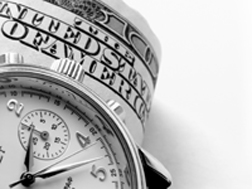 The plaintiff in the unpaid overtime lawsuit is Richard Smith, an investigator for KeyPoint who was originally classified as an independent contractor, and as such was not granted overtime. He paid for his own vehicle fuel and his own supplies, and was paid per project.

The impetus of his lawsuit was a change in his status at KeyPoint: in 2012, Smith was suddenly switched from independent contractor status to that of a full employee of KeyPoint. As such, he was now in receipt of full benefits and pay - including overtime pay as required under California overtime law.

Only thing was he saw little, if any, difference in his responsibilities. It was at this point that Smith realized there must be many others who undertake tasks as required of an employee but, rather, have been misclassified as independent contractors and thus do not benefit from overtime pay or other perks normally reserved for actual employees.

KeyPoint, the overtime pay lawsuit alleges, “treats the investigators as employees in every material respect, except that it has misclassified an entire class of them as independent contractors.” The plaintiff notes that every individual who works at KeyPoint utilizes the same application for employment, training is identical and everyone is held to a uniform standard, regardless of status as an employee or an independent contractor.

More CALIFORNIA OVERTIME News
The lawsuit alleges that KeyPoint requires its investigators to put in extra hours as needed to get everything done. This can include writing reports and undertaking corrections - over and above investigative work that includes but is not limited to interviewing subjects, scouring public records and contacting past employers. There are mandatory deadlines on cases, and overtime is often needed to meet those deadlines.

Smith claims that classifying some investigators as independent contractors, while others are classified as employees - with everyone doing similar work and holding to similar standards - is a violation of the Fair Labor Standards Act (FLSA).

While the unpaid overtime lawsuit was filed in California, Smith is seeking class-action status on behalf of all investigators who were classed as an independent contractor in the three years preceding Smith’s complaint.

The California overtime law case is Richard Smith v. KeyPoint Government Solutions, Inc., Case No. 3:15-cv-00429, in the US District Court for the Northern District of California.