A California overtime pay and wages lawsuit alleging gross underpayment of wages has been filed by the City of Los Angeles against a primary contractor and a handful of its subcontractors. At issue are alleged violations to California overtime law and other wage infractions. 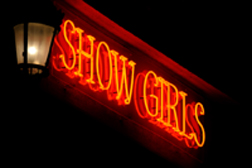 Those defendants contacted by the Los Angeles Times (11/14/14) denied the allegations.

According to the report, the lawsuit relates to the construction of the South Los Angeles Animal Care Center, a government project that was contracted to Mackone Development Inc. Government contracts require, by law, that workers earn a certain level of pay when toiling on a municipal project. To that end, certain employees working on the project would be required to earn $49 per hour and $45 per hour.

Instead, the overtime pay lawsuit alleges that workers were, in fact, paid $8 and $5 per hour, respectively. It was also alleged that some workers were made to pull a Saturday shift but were not paid for it, and that Mackone - the primary contractor - encouraged its subcontractors to underpay workers in deference to the prevailing wage.

Mackone denied the allegations. “It is reprehensible that the Office of the City Attorney would make such unsupported statements about Mackone Development, Inc., especially since the city has already agreed in writing that Mackone Development was not responsible for the alleged under-payments,” the company’s attorney, Mark Feldman, said in a statement.

However, City Attorney for Los Angeles, Mike Feuer, stuck to his guns during a press conference announcing the lawsuit. “There are some basic rules in our society that everyone expects they can live by,” he said at a news conference. “Among those is that when you put in an honest day’s work, you deserve pay for that day. When people don't pay what their workers are owed, it’s against the law.”

According to the unpaid overtime report, three subcontractors identified as Pak’s Cabinet, Lectrfy Inc. and KCC General Construction paid workers less than the wage level mandated by the State of California and California overtime law for local government projects. Three other subs, identified as Southern California Steel Inc., King Wire Partitions Inc. and Nader Construction are alleged to have underpaid workers’ compensation and unemployment insurance funds and other benefits.

According to the report, more than 50 employees are owed more than $250,000 in wages and overtime pay for the $9.5 million government contract.

Meanwhile, in another overtime pay laws and wages case, the VIP showgirls are asking the courts to dance to a different tune and revisit their failed class-action lawsuit following a decision this past June by the California Supreme Court in a different case.

In March of last year, a Los Angeles Superior Court judge denied class certification for a proposed lawsuit against Victory Entertainment Inc. by dancers who claimed they were incorrectly classified as independent contractors. In her ruling, Judge Jane L. Johnson denied certification on grounds that the evidence in the case didn’t show that common questions predominated in the class.

Hence, the Victory showgirls want their potential class-action lawsuit revived. The dancers claim they work only for tips and are not paid wages at all, or so it is alleged. By listing the dancers as independent contractors, Victory is alleged to deprive the dancers of minimum wage, overtime pay and state-mandated rest and meal breaks.

The case is Stacy Salazar v. VIP Showgirls aka Victory Entertainment Inc., case number B249888, in the Court of Appeal for the State of California, Second Appellate District.