Will Relaxed Implementation of FLSA Standards for Domestic Workers Backfire?

A ruling by the US Department of Labor (DOL) with regard to overtime pay laws for domestic and in-home workers has the potential to not only confuse the issue for employers, it could also give litigants eyeing an unpaid overtime lawsuit a leg up for any pending proceedings. 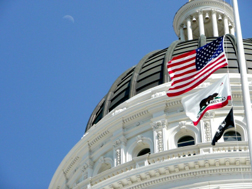 It was in January of this year that California Governor Jerry Brown signed Assembly Bill 241 (AB 241) into law. The initiative provides a specific basket of rights for in-home and domestic workers in California related to rates of pay, hours of work and overtime compensation. Under California overtime laws relating to AB 241, domestic workers can now enjoy similar protections as employees who work in a more traditional setting. The so-called Domestic Workers Bill of Rights also holds that workers cannot be penalized or suffer redress for coming forward with allegations of abuse.

In a related move, the Fair Labor Standards Act (FLSA) is about to implement a similar basket of protections and rights for domestic workers in January 2015. In essence, the changes take a cue from states such as California, and extrapolate state-based changes to overtime pay laws for domestic workers across the entire country as a federal statute, augmenting state-based initiatives.

But here’s the hitch: the DOL has announced that in an effort to help domestic employers come into compliance with the new federal rules, enforcement of the unpaid overtime changes to FLSA will be deferred for the first six months of 2015. Then, beginning in July of next year, the DOL indicates it will “exercise discretion” with regard to enforcing the new rules, according to a press release issued by States News Service (10/15/14).

More CALIFORNIA OVERTIME News
However, the delay in full and complete enforcement over the course of an entire year could play well for domestic and in-home workers in the state of California and other states observing domestic workers bills of rights. The DOL deferment of enforcement does not negate “private enforcement” - in other words, legal challenges by plaintiffs who feel they have been shortchanged. The DOL deferment also does not negate the compliance already expected by states already observing and enforcing overtime pay laws such as those now required in California for domestic workers under AB 241.

To that end, any individual employing a domestic or in-home worker in the state of California and expecting a pass or leniency from enforcement through the relaxed phasing-in of the federal statutes, really has another thought coming.

In other words, in the state of California at least, any domestic employer who pleads innocent to allegations of unpaid overtime under the Fair Labor Standards Act hasn’t got a leg to stand on. AB 241 guarantees certain rights for domestic and in-home workers in the state of California when it comes to hours of work, and overtime pay provisions. And those provisions are in force, and enforced today - not a year from now.

There are countless California overtime law attorneys who will agree.