A second class action lawsuit was filed in California in July against computer maker IBM by members of its sales force for unpaid overtime and other benefits—and if both this class action and the class action filed in May succeed, IBM will be on the hook for millions of dollars in back payments.

The July class action, started by three IBM salesmen, claims that by wrongly classifying them, IBM avoided paying them for overtime, or for other benefits.The claims mirror those set out in the class action lawsuit filed in May by Tom Chau, a former IBM sales rep. 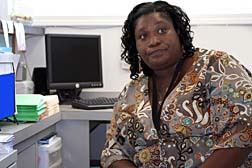 The former sales rep, Tom Chau, sold software and hardware for IBM in the San Francisco area from 2000 to 2004. He claimed that IBM routinely required him to work in excess of eight hours per day and more than 40 hours per week, but avoided paying overtime by wrongly classifying him and coworkers in similar positions as exempt from the entitlement.

According to documents filed in the Chau lawsuit, the class action is believed to apply to more than 100 people, but that number could rise: IBM employs about 800 sales reps in California, all of whom the company has classified as exempt from entitlement to overtime pay. There are uncounted former employees who could join in the claim. IBM said in the documents that it could be liable for back pay exceeding $5 million if Chau succeeds.

In general, under California wage law, white-collar executives and managers are not entitled to overtime pay, nor are they entitled to meal and rest breaks. But thousands of California workers have joined in lawsuits claiming they should not have been treated as managers—and that they are owed years of back pay.

More News
The three salesmen who started the class action against IBM in July, John Bennet, Bill Graham and Peter Stanger, are asking not only for back pay, but also for an order from the court requiring IBM to create a fund from which to compensate workers entitled to back pay.

Another recent story sheds light on why the stakes are so high in the California overtime class actions. The San Francisco Chronicle summarized the overtime wage payments made to employees in the California Department of Corrections and Rehabilitation. Almost 15 percent of the 56,000 employees earned at least $25,000 in overtime last year—more than eight times the average state worker's overtime. Some 1,423 employees received at least $50,000 in overtime. Of those, 36 earned more than $100,000 in overtime, and six of them had a total paycheck that tops the governor's authorized salary.

Forget status and the corner office—wouldn't you rather be entitled to overtime? If in doubt, now is the time to consult an expert.