Although overtime lawsuits filed by California police officers have received a lot of attention lately, they are not the only people who have not been properly paid for working overtime hours. Some recently settled lawsuits against a grocery chain and a restaurant company show that many people are at risk for not being properly compensated for working overtime.

One of the most drawn out lawsuits was against Albertsons grocery stores. Over 7,000 employees of the chain waited more than a decade to settle their lawsuit which will see the employees share $53.3 million. Some employees will receive as much as $28,000 after their lawsuit claimed they were forced to work "off the clock", that they were not paid for work performed, and that some were improperly classified as exempt from overtime pay and therefore not properly compensated for hours worked.

Albertsons was bought last year by SuperValu, which agreed to the settlement. The lawsuits were filed between March 1996 and October 1997 in ten states, although the majority of claims came from employees working at Albertsons in California. Of the plaintiffs involved in the lawsuit, five did not settle and will pursue their own separate legal actions. 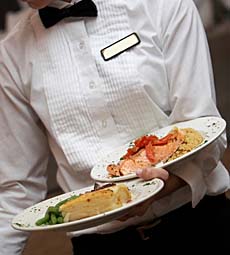 Meanwhile, Rubio's Restaurants Inc. has agreed to settle a class action lawsuit that claimed it improperly classified some employees under California state overtime laws. The company, which is based in California, will pay $8.4 million to cover the cost of the settlement and any legal costs associated with the lawsuit. Rubio's Restaurants has denied any wrongdoing.

More News
Lawsuits alleging that California police officers are not being paid for overtime work are being heard by the courts. Last week, a law firm filed for summary judgment on behalf of 504 of 1,300 plaintiffs who claim they are owed overtime by their employers. The plaintiffs are all either current or former San Diego police officers who say their employer deliberately failed to pay they overtime and has not compensated them for all hours they worked. The case is known as Abbe, et al. v. City of San Diego.

According to the lawsuit the officers were required to work before and after regular shifts and to work through meal periods without being properly compensated, which violates the Fair Labor Standards Act (FLSA). In addition to putting on and taking off protective gear, the officers were required to prepare for court appearances, complete arrest and investigation reports, and complete other required tasks. The suit is seeking reimbursement retroactive to four years from the filing of the lawsuit.

Lawsuits have also been filed against the city of Los Angeles and the city of San Luis Obispo on behalf of police officers who claim they were not paid for overtime work.