If you are applying for Social Security Disability Insurance (SSDI) or Social Security Insurance, you must prove that you are 100 percent unable to work, either in your past relevant work and even in less demanding work. SSDI attorney Eric B. Brown, Garrett Law Office, P.C explains that there are several ways to go about that. 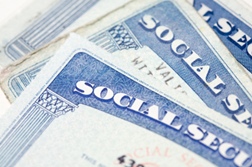 First, you need more than a doctor's report to qualify for disability insurance, and medical records are of the utmost importance. "It is possible to get an 'on-the-record decision' by a social security administrator, however, even before your application goes to a hearing," says Brown. "That decision can be based on nothing but your medical records and social security records, such as 'residual functional capacity records' or 'consultative examiners' reports, but this decision is very rare." Seldom is there enough evidence for social security to grant benefits before going before a judge, but Brown says he has seen it happen in terminal cancer cases—it must be very serious and very obvious.

Most cases go before the administrative law judge, where testimony of the claimant comes into place. "To help their case, claimants can request testimony from an expert witness, including their own treating physician," says Brown, adding that the judge can subpoena a doctor if absolutely necessary. "I have never seen it happen, but often a judge requests social security's medical expert to be available by phone," adds Brown. "I did see a medical expert present in court regarding a child's disability, but again, it is at the discretion of the judge."

Instead, Brown sends the necessary forms to the treating physician. Sometimes they are filled out, other times the physician will refuse—it is on a voluntary basis. So it is important that you have a good communication with your GP or treating doctor.

"The best thing a claimant can do is to continue to get treatment," advises Brown. "If you stop, if there is a gap in treatment, the judge only has the testimony of the claimant to go on, and you must provide medical records to back up any testimony. Your word is not enough.

"A lot of times we recommend claimants go to free clinics. There are many available here in Tulsa and Oklahoma City, and I believe free clinics are available nationwide. You can get consultations, referrals and medication if necessary. I don't know if they will get a free MRI but I have seen people with X-rays, pain therapy and other treatments from free clinics.

"For instance, I helped a recent claimant with grand mal seizures. He had them about once a month. When I got all of his medical records there was a six-year gap in between the time when he was treated to the time he received treatment again. Or at least the records were not there. Part of the reason the records did not exist was because he went to free clinics wherever they were available, and the clinics provided him with seizure meds. It is not ideal to go to a free clinic but we were able to maintain a history of medications and proved he had seizures during that time."

Even if the claimant has medical records, sometimes that just isn't enough. Brown says there is often a disconnect between medical records with clinical jargon and social security records, so you have to bridge the gap with consultative examinations.

More OKLAHOMA SSDI News
As well, family and friends may have something to add to help your claim. "There were occasions when I had a close family member of the claimant go before the judge and testify as to their perception of the disability," says Brown. "For example, the man who had the seizures was unconscious during his grand mal episodes; he couldn't testify as to what happened during or after the seizure. So I thought it was important to bring in his wife to testify. She described what happened and her perception of what they were like and the effect the seizures had on him.

"Also she was able to fill in some of the gaps left by the medical record and his testimony—the six-year gap. His grand mal seizures affected his memory—he hit his head many times during the seizures. She testified that he went to the free clinics—fortunately she had a good memory."

Lastly, Brown says that sworn affidavits from people are very helpful and much more efficient than a parade of people coming before the judge. "Judges are more inclined to accept multiple affidavits than have family and friends take up a lot of time," says Brown. And of course, it would be most helpful to get a Social Security Disability Insurance Attorney, before you go before the judge.