It may be surprising—even disheartening—to learn that most individuals applying for Oklahoma Social Security Disability Insurance are turned down almost routinely. That appears to be the case for all applicants over the entire country. Thus, the appeal process after an initial claim has been denied is where the real cut is made to the chase for benefits. 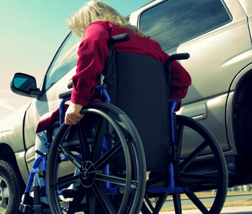 Social Security Disability Insurance (SSDI) is the safety net maintained by the federal government for those whom, through no fault of their own, are unable to work and therefore at a loss to support themselves or their families. And yet, denials of SSDI claims—including Oklahoma SSDI—are quite common.

A story in the Journal Record of Oklahoma City on July 25, together with a similar probe in The Wall Street Journal back in May, supported the challenges associated with coming out on the winning side of an SSDI application.

Perish the thought that a proud American, having worked his entire life and having paid into a system over that time, considers a successful benefits claim akin to winning the lottery. But it feels like a "win, " just the same, for most.

That's because of the difficulty in getting to that point.

An attorney in Oklahoma City noted, in comments published in the Journal Record, that the Social Security system has a "very high" initial rate of denial. That puts a stress on the appeals process which—following an initial appeal to the Social Security Administration (SSA)—moves to the second pathway to appeal: a hearing before an Administrative Law Judge (ALJ).

More judges are reportedly being hired in an effort to address the backlog. But it also doesn't help when judges are benched for having too high an approval rate, as was the case with an administrative law judge serving impoverished areas of West Virginia, Kentucky and Ohio. Out of 1,284 cases heard, the judge awarded benefits to all but four.

That, apparently, proved too much for SSA. The generous judge was judged too generous, was placed an administrative leave and has since retired.

What that suggests is the SSA expects a good number of SSDI cases—including applications for Oklahoma social security disability—to be denied on appeal.

An Oklahoma City attorney noted that the entire process can take a year or longer—with no guarantee of success.

That's why claimants get a lawyer—for help in weaving through the heavy traffic of a backlogged court system.

More OKLAHOMA SSDI News
The Journal Record noted the comments of retired ALJ Wayne Falkenstein, who opined about the importance of medical records, and the involvement and testimony of an actively treating doctor, whose opinion is weighed heavily, said Falkenstein.

"I always tried to use doctors and medical experts to testify," the judge told the Journal Record. "I used doctors as much as I could.

"If the doctor told me their patient was disabled then as far as I was concerned the hearing was over."

That said, not everyone has access to a doctor or medical care. What happens when a doctor isn't available, or there is an issue with, or complete absence of, medical records?

All the more reason to turn to an SSDI attorney. Once a claim for Oklahoma SSDI is denied, that's the time to seek the services of an attorney.

Posted by
Cheryl Von Walker
on December 19, 2011
Anna - I am from Edmond Oklahoma and my experience with the Anti-Kickback Laws broken by Smith and Nephew paying my Surgeon as one of their consultants and researchers cost me everything a Single woman can do in life to financially care for herself without asking for outside help. I never asked when I was healthy for anything other than forgiveness and ask to apply for a job.

I will speak to the issue of SSID and your question about FI and other companies in my own experience in which I learned exactly where the problem lies.

I was once impressed by Michael Williams presentation of the companies #1 product for a long time-tested knee replacement with the failure ratio of only 4/30,000. So my worst knee was replaced before 6 months later he was agreed to implant the same into my Best of the 2 knees.

Take note, he even filed for approval to be paid by my HealthChoice Insurance Company for the same #1 product.

I wake up out of anesthesia to find what has taken my health, taken all the College Education I worked to prepare me for my Career, all the thousands of hours to study to be a successful Basketball Coach and HS Biology Teacher.

He put without approval from me or Insurance or FDA a CEMENTLESS Genesis II in my best knee that fails causing me to have 3 surgeries on 1 knee all within 15 months.

Not only do I have the document of admission to him implanting this FDA UNAPPROVED product in me 1 time but he cemented it in on the 1st revision AFTER all means of using the Genesis II pulled from the market. The admission is his pride in cementing it that time but having to explain it did fail again. Along with 4 other patients behind me.

Corruption between the Major Companies, the surgeons in my case, and then disgustingly the attorneys I hired to sue the Company all COLLABORATTED behind my back. I was never told this truth. So my chance to settle fairly was destroyed only so this surgeon could turn around and use my LOSSES for his reason to go and sue the company.

I had to lose my case, and was found guilty in Bankruptcy court, because I could not work all the jobs and pay for the 4 surgeries I had 20% to pay for. Yes, I had to pay for the FDA UNAPPROVED PRODUCT and BANKRUPTCY I was manipulated in the collaboration changing these truths.

I was also having to wait 2 years to Recieve any letter from the Surgeon explaining all the damage done and all the health issues I had. I could not qualify for SSID until the surgeon is stating something other than I should be back to work after 3 knee replacements on my right knee and then the left knee was #4, at the very beginning.

Problems are squarely on the Corruption of all the TITLED Signatures, CEO, Attorneys, Surgeons, etc. we the consumer have no idea what goes on behind the doors as they hold all our most private access to social security #'s, banking accounts, and on.

What may be filed in the courthouse on you may shock you. I ended at age 46, 4 years short of being vetted in retirement in my career. I could not get my surgeon to give the truth about my health issues causing me to be without a job that even made sense for a patient with 4 back to back knee replacements. But he used the fact I had made only $3,500 that last school year so the rest of my salary went for paying a substitute to cover my classes the rest of the school year, all for surgery on his mistakes. He definitely used that as his point as to why he filed a 9 figure law suit against the company but could not get a letter for me so I could qualify for SSID.

You have to not trust any Titled Signatures. I sound very disgruntled but know I am willing and waiting for my day to sit with all attorneys, Surgeon, Mediator, Bankruptcy Trustee - to sit across from all of them with the original documents to what the truth was.

I can say to you, fight. They all think you will quit and get tired. I am now at years fighting this. I contact and warn as many innocent people I can about how corrupt this realm works together and manipulate their own outcomes.

They will determine whether you get what is yours but know.... You will never get all your losses back the way the system works. These entities take the money and pay themselves well, then give you as I was told, Cheryl you don't need that much money!

Well, it is what I was out and would have been out having been forced out of any financial gain the rest of my life at age 46. It stopped the moment I was put under anesthesia unable to scratch, kick, pull out his fingers and do what I could to stop that surgery.

Sorry for the length but I wanted to let you know it is dealing with every entity. If things seem to be not right, know to be CONFIDENT in yourself. They will all hit you with why you are wrong but know that is the Red Flag. No Way is that inside voice we have prompting you wrong. Investigate a little at a time! I assure you success will follow.

Posted by
anna
on December 18, 2011
Why is it just Okla. for SSDI issues? Please look at Fl! The run around has been beyond ridiculous.
Also, How can Hartford Insurance practice in Fl? They denied me for STD and LTD-My doctors supported me (prob. because I had medical test to back everything up)

Why are billion/million dollar companies-like Hartford- allowed to do business?
Where are class action lawsuits? (I do realize we have different policies)